Street maintenance and repairs a constant challenge for Richardson 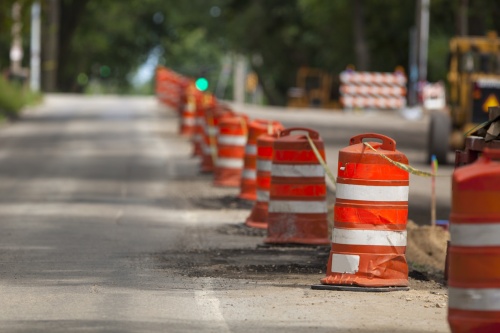 When it comes to street maintenance, aging cities like Richardson have a heavier burden to bear.

The city maintains more than 310 miles of individual lanes, which is equivalent to the distance from Richardson to San Antonio. The vast majority of those roadways are well past the 25-year useful lifespan of a concrete street, city officials say.

“An aging city like Richardson—where a significant portion of the infrastructure is beyond its useful life—creates challenges because in addition to trying to maintain … we also have to extend the life,” Deputy City Manager Don Magner said.

Several years ago, City Council asked staff to assess the condition of basic infrastructure. This was the impetus for a 10-year project aimed at addressing every residential street. Fiscal year 2019-20 marks the eighth year of that effort.

But funding for street projects is limited compared to years past. Recent legislative changes mean the city will have fewer resources to address the demands of aging infrastructure, Magner said.

The condition of Richardson’s streets is inextricably linked to the age of below-ground infrastructure. About 300 annual water main breaks cause potholes and other issues at street level, Magner said.

“Every year, [street maintenance] becomes more and more of an issue because it is inevitable that pipes that are 30, 40 or even 50 years old … will start having failures,” he said.

Any time a pipe breaks, the city removes a piece of the road, replaces the pipe and then fills the hole with concrete or asphalt, he said.

“The compounding effect the subsurface infrastructure has on streets is something that we are constantly trying to keep up with while catching up on some maintenance that in the past has been deferred,” he said.

The city’s ultimate goal is to protect good streets, improve fair streets and replace poor streets, Magner said. But often, it is unable to immediately replace a failing street with full-depth concrete. Instead, crews pour asphalt to sustain the street until a concrete repair can be funded by a bond.

“Asphalt, in our city, is an interim strategy, but sometimes, that period can be as long as 10 years,” he said. “Asphalt is never intended to be permanent, but it is used strategically to try and help us create an acceptable driving surface until that street can be replaced.”

About 20 miles of residential concrete streets in Richardson are overlaid with asphalt, Magner said during a June 13 council meeting. The condition of the concrete beneath the asphalt dictates how quickly the city will reconstruct the roadway. About 12-15 miles should be addressed over the next two bond cycles, Magner said.

For the remaining miles, staff is suggesting removing the existing asphalt and repaving the road with new asphalt. Some council members perceived this strategy as kicking the can down the road.

“It potentially sends a message that we may not be as committed to full-depth concrete as we’ve communicated,” Council Member Steve Mitchell said at the June 13 meeting.

The next possible bond election is slated for FY 2021-22. In anticipation, the city is gearing up for its next citywide assessment to determine which streets should be addressed first, Magner said.

This maintenance is funded through a partial dedication of levied property tax. In FY 2019-20, that revenue will total $5.7 million.

This move reflects Richardson’s new reality in the era of Senate Bill 2, which caps the amount of property tax revenue cities can collect on an annual basis. Next year, the city is facing a $4 million-$5 million loss in revenue, Mayor Paul Voelker said.

To ensure revenue stays within the state-mandated 3.5% cap, some money will have to be diverted. Street and alley maintenance funds are not immune, Magner said.

“The city’s ability to continue to fund street and alley maintenance at the same level as it did prior to SB 2 will be impacted, for sure,” he said.
SHARE THIS STORY