Not all parolees released from Texas prisons have to come to Austin, despite one city official's claim 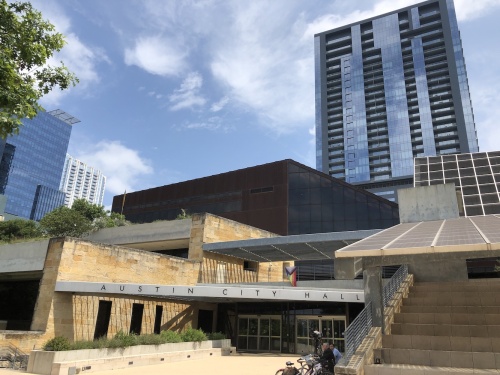 Officials say a comment made by homeless strategy officer Lori Pampilo Harris regarding inmates coming to Austin from all Texas prisons is false.

Lori Pampilo Harris, the city’s homelessness strategy officer told City Council during an Oct. 29 work session that some of the influx of people coming to the city’s downtown homeless shelter was owed to a state system in which anybody released from prison in Texas is sent to Austin. The system, Pampilo Harris told council members, required those recently released from prison to check in with the Austin Transitional Center, then required them to stay in the area for a specific amount of time.

The comments from Pampilo Harris are incorrect, according to officials from the Texas Department of Criminal Justice, as well as an operator of the Austin Transitional Center—a residential reentry center, also called a halfway house, in Del Valle.

“There is an [Austin Transitional Center] where parolees from across the state must come to Austin to register and then, additionally, it is my understanding that they have to stay in Austin,” Pampilo Harris said. “So, you’re wondering where that inflow [to the Austin Resource Center for the Homeless] is coming from. The inflow is coming from many systems who say here’s the ARCH, come and get help.”

The comment caught some council members off guard, who later asked Pampilo Harris to clarify. Pampilo Harris clarified that her knowledge was preliminary but then repeated the claim.

“Anybody who is released in the state of Texas needs to come to Austin to get certified or checked-in to the [Austin Transitional Center],” Pampilo Harris said. “My understanding is that once they are checked in, they cannot leave the area for a certain period of time. Even when I was out [in front of the ARCH] there was a few people who said that’s where they were coming from and that they wanted to go home, but couldn’t.”

Jeremy Desel, director of communications with the Texas Department of Criminal Justice, the state agency that oversees the process of exiting incarceration in Texas, said the comment was demonstrably false. The agency’s website also shows that the Austin Transitional Center is one of eight halfway houses and one of 15 residential substance abuse facilities in the state.

“No, all parolees in Texas do not go to, travel through or have to check-in anywhere in Austin,” Desel said.

Brandon Bissell, a representative of CoreCivic, a service provider who contracts with the state to operate the Austin Transitional Center, said parolees released to the center reside at the center.

“This doesn’t mean that there aren’t some parolees who go to [the ARCH] to receive some services in or around that building, but no, all [Texas] parolees do not go to Austin in any way shape or form,” Desel said.