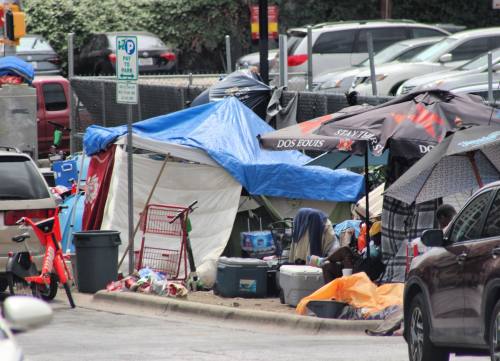 According to Garza, Gonzales said the city of Austin would not relocate people outside of its jurisdiction.

"Their idea, that they had yet to discuss in public session, was perhaps Austin could buy those hotels to help get their homeless off the street," King said. "The firm got them a list of those hotels. The Mountain Star Lodge popped up with "Austin" as its city because 78738 sometime shows as as Austin and not Bee Cave ... Mr. Gonzales caught it and struck it from the list. However, when KXAN did their FOIA request, all they saw was the email with Mountain Star on the list."

King said the city of Austin would be following up with a statement explaining the situation.

Following a news report from Austin NBC affiliate KXAN that listed the Mountain Star Lodge in Bee Cave as a hotel that could potentially be sold to house the growing number of people experiencing homelessness in the Greater Austin area, Bee Cave officials have been working to clear the air.

The report, which went live on KXAN's website Oct. 28, has forced Bee Cave officials to deal with the aftereffects, from fielding phone calls from concerned residents to issuing official statements on social media.

On Facebook today, Mayor Monty Parker put out a statement from his page "Monty's Bee Cave Buzz" that indicated he was upset to hear the city of Austin "would consider exporting the problem they helped create to a small city like [Bee Cave], with no public transportation or homeless resources ..."

"Beyond what was reported by KXAN this morning, the City has no knowledge of the City of Austin’s interest in acquiring Star Mountain Lodge," Parker stated. "Personally, I was shocked a few months ago when Austin rescinded their camping ordinance allowing the homeless to camp virtually anywhere and we have recently seen a partial reinstatement of the ordinance due to public outrage, law enforcement issues and a general lack of security felt by those who enjoy Austin as a destination."

Bee Cave City Manager Clint Garza said he spoke with representatives from the city of Austin, and they told him Austin City Council has not had any discussions about buying any hotels to house homeless people.

"I have no reason to think that at this time they would have any interest in purchasing the Mountain Star Lodge based on what they told me earlier," Garza said.

The Mountain Star Lodge is for sale for $3.95 million, according to Garza, who added that even if the city of Austin were to purchase the property, myriad zoning restrictions would make the prospect of housing people experiencing homelessness at that site unlikely.

Echoing Parker's statement, Garza reiterated that Bee Cave is not yet an ideal place to house a displaced population given its distance from access to public transportation, health care and other social services.

"We are making Bee Cave more walkable, but we're [not] there yet," Garza said, adding city staff has been working on a connectivity plan. "My question for anyone would be, 'What kind of situation are you putting people in when you put them that far away from a city center ... and you're taking them away from the things that they really need?'"

So far, Community Impact Newspaper has been unable to contact representatives from the Mountain Star Lodge.