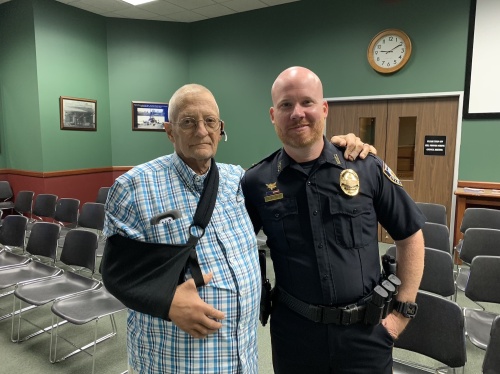 Enloe served as the chief of MPD since May 2015, and in various law-enforcement positions since September 1975, Community Impact Newspaper previously reported. His retirement is effective immediately.

"[Enloe is] a policeman at heart. He came at a time when we really needed a great person such as himself," Magnolia Mayor Todd Kana said during the meeting. "We hate to see you go, but we know sometimes it's just time. We've appreciated you, and don't be a stranger."

Montgomery has been in law enforcement for 15 years and began working at the MPD in 2007, he said. He was promoted to sergeant in 2012 and lieutenant in 2016, under Enloe's leadership.