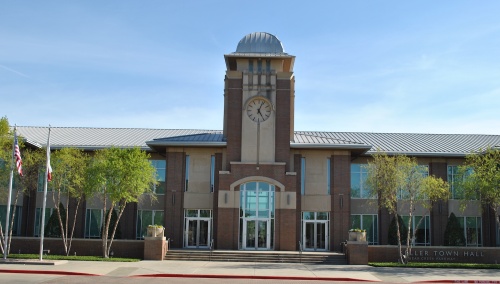 Public hearing on the future land use plan will continue at the Nov. 5 city council meeting.

During the work session, Council Member Tag Green said the definition for mixed use was updated to address redundancy and provide clarity. The future land-use plan is “visionary document” to reflect citizens’ desires for Keller’s future, he said at the work session, but it is up to council to make exceptions.

“City Council does have the authority to override [the future land-use plan]  based on [if]  a planned development makes sense to City Council to approve something that’s inconsistent to [the plan’s]  definition,” Green said at the work session.

At the Sept. 17 meeting, several residents voiced concern over the residential component of the mixed-use definition during public testimony. However, during the Oct. 1 work session, Council Member Sheri Almond said including residential could help avoid concern and confusion for future developers.

“I’m afraid if we’re too restrictive, it’s going to cause issues down the line,” she said during the work session.

Almond said including residential does not indicate she is for added apartments in Keller.

"I just want the public to understand the process that [planned developments]  go through," Almond said.

Public testimony will continue at the Nov. 5 council meeting, Mayor Pat McGrail said at the meeting. Action may be taken on the future land-use plan at the Nov. 5 meeting, he said.