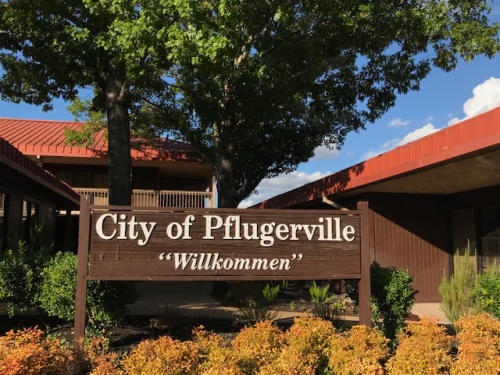 After weeks of public hearings and considerations regarding Pflugerville's proposed property tax rate increase, Pflugerville City Council voted on eleventh-hour cuts to its budget that, following nearly two hours' worth of deliberations, resulted in a tax rate of $0.4976 per $100 of taxable value for fiscal year 2019-20, the same rate as the current fiscal year.

Pflugerville City Council unanimously voted 6-0 in favor of its budget Sept. 24 that is a revisited scope of the city's initial proposal. Mayor Pro Tem Omar Peña was not present for the Sept. 24 meeting.

The vote on the adopted tax rate passed 5-1, with Council Member Jeff Marsh voting against the motion. The tax rate was ratified unanimously with a 6-0 vote.

"We worked through this on the dais," Council Member Rudy Metayer said, following council's vote. "I think this gets us to a fair compromise.”

The revised budget reduced the cost of the city's Transit System Pilot Program from $278,000 to $177,000 for a two shuttle, door-to-door and on demand service. It also recalculated the city's sales tax revenue growth to reflect city's staff recommendation of $11.15 million, which would add $323,000 to the city's revenues budget.

Council Member Jim McDonald proposed the motion for the budget that was unanimously accepted by council, while still acknowledging he stands behind the city staff's initial budget proposal based on a proposed rate of $0.5045 per $100 of taxable value.

“I’m not going to hold onto something that can’t possibly succeed," McDonald said. "We all make sacrifices for the city.”

While the adopted tax rate addresses some concerns residents expressed during the city's public hearings, council members said the implications of Senate Bill 2 are still, by and large, on the forefront of their minds as they head into the upcoming fiscal year.

“We’re going to have a much harder discussion next year, and we’re going to be here much longer than 10 o’clock," said Council Member Mike Heath.

The adopted budget and tax rate for fiscal year 2019-20 goes into effect Oct. 1.

Editor's note: This story has been updated to reflect recalculations to the sales tax revenue growth as an addition to the city's revenue budget.