As Austin continues to tackle its land-use and mobility issues, leaders in sister cities share their own experience 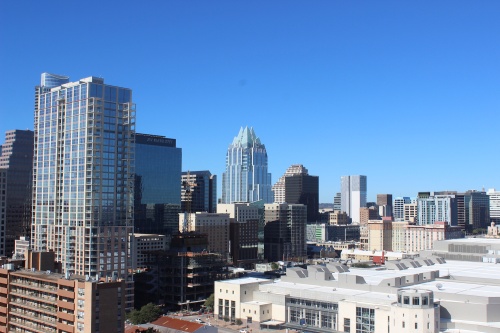 The city of Austin continues to tackle issues of mobility and housing.

As leaders in Austin work to manage the city’s continued growth and the pressure it places on issues such as housing and mobility, there are lessons to be learned and wisdom to be gained from how other cities have approached their own issues brought on by growth.

With a land-development code rewrite still underway to determine new rules around what is built in Austin and where, questions remain around how Austin will address its need for more housing and more affordable housing. In Minneapolis the City Council in December approved the dissolution of zoning categories that only allow detached single-family homes and began allowing duplexes and triplexes—housing stock typically referred to as “missing middle”—in every neighborhood.

City leaders in Minneapolis said the move centered around racial equity, housing affordability and climate change. Jonathan Weinhagen, president and CEO of the Minneapolis Regional Chamber of Commerce, said it is too early to know the impact of the “pro-growth, pro-density” decision. However, speaking at a Real Estate Council of Austin-hosted panel Sept. 12, Weinhagen said a key lesson was to “engage early and engage often,” with stakeholders leading up to City Council’s vote.

Marilyn Strickland, president and CEO of the Seattle Metropolitan Chamber of Commerce and former mayor of Tacoma, Washington, said nothing is more contentious than land use, but as cities modernize, so, too, she said, does their philosophy.

“The question is, ‘What does it mean to live in a metropolitan area in the 21st century?’” Strickland said. “What does it mean to have housing security in the 21st century in America? We’re attached to [our own] houses and lots of a certain size—that’s the American dream. But looking around the world, [it’s common] to have three generations of a family living under the same roof.”

Over in Nashville, the city is making significant investments into affordable housing construction through its $750 million Under One Roof 2029 initiative, in which the city is trying to build thousands income-restricted units by 2029, the city’s 250th birthday. Matt Wiltshire, chief strategy officer of the Nashville Development and Housing Agency, said although the essence of housing is simple, the materialization of it is complex.

“Housing is simple in its basic essence—it’s about supply and demand,” Wiltshire said. “[In Nashville] demand has outstripped supply in the last 10 years. What we’re trying to do in Nashville, we need to build housing across the [income] spectrum.”

Wiltshire said overall the project will cost close to $3 billion to $4 billion, and it needs to be done without displacing a single resident. He said public-private partnerships will be crucial as the project is too large for the government to carry on its own.

Weinhagen agreed that private-sector help is needed, but said, through his experience in Minneapolis, the numbers have to be right in order for the private sector to play ball. He said there is a delicate balance for government to play as well, as too much tampering with the market could be harmful.

“The hard reality is that the private sector is looking at a spreadsheet with risk and reward; they aren’t looking at the story of a community,” Weinhagen said. “But today’s market-rate housing is tomorrow’s affordable housing. [Stakeholders] have to understand that.”

Strickland said unlike in the past, today’s conversations about housing and land use involve transit, and vice-versa, which she said is important for cities looking to make major investments in transit and mobility solutions.

In Austin, the city is gearing up for a potential multibillion-dollar transit bond in 2020. Strickland said it took four different elections for people to finally say yes to transit in the Seattle area, and that going for such a bond in a presidential election year is crucial to bond approval. However, more crucial, Strickland said, is public engagement, outreach and education.

“We went to every area of the city where there would be a transit stop and showed the people what they would be getting” if they voted for the bond, Strickland said. She also said cities should not get hung up on whether a transit bond is $2 billion or $9 billion.

“If people believe in the bond, they will vote for it,” Strickland said.

Strickland said Seattle would look different today had the city invested in transit 20 years ago, but that no one in Seattle imagined, 20 years ago, that one day 1,000 people per week would be moving to the area.

“The best time to plant an oak tree is 20 years ago,” Wiltshire said, alluding to major investments that take time to materialize. “The second-best time is right now.”