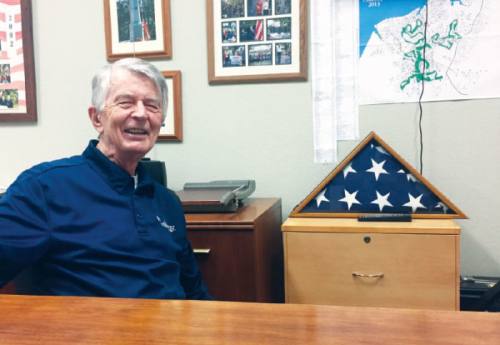 A couple of city centers could benefit from a cash infusion courtesy of a vote from Lakeway City Council.

In a written request from the Lakeway Parks and Recreation Department, Director Andra Bennett stated the archive room at the city’s Heritage Center is inadequately sized for additional files and workspace for larger projects.

Bennett said $33,943 would cover several costs, including a reconfiguration of the Heritage Center’s office space that would place its archivists at the front of the facility to greet guests, as well as a large screen television to showcase “living history” videos and new bench seating.

"What we'd like to do is pull Mike [Boston] to the front of the area," Bennett said, adding the new space in the back of the room where Boston, who is the main archivist for the Heritage Center, now sits would be much better used for additional space. "This has served us well to this point, but if we're going to do it, let's do it right."

A similar request for the Swim Center seeks to redesign the office to incorporate designated areas for paperwork, programs and processes on top of new paint and lighting at a cost of $7,560, and 12 new fitness boards to add depth to the center’s fitness programs total $6,720.

"Fit boards allow for balance, flexibility, cross training, yoga," Bennett said. "We don't have anything like this right now at the facility."