Woodlands Township president and general manager to retire in 2020 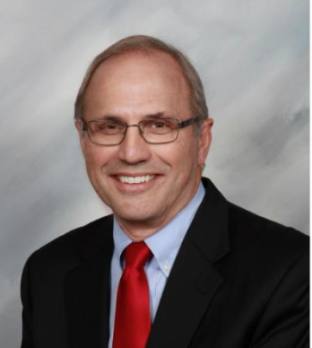 Don Norrell, the president and general manager of The Woodlands Township, will retire in 2020.

Don Norrell, The Woodlands Township's president and general manager, will continue to serve in that capacity until the end of April 2020, but after 14 years in the role, Norrell has decided to retire, according to a township news release.

The board of directors approved Norrell's annual performance evaluation at its May 22 meeting, which continues his contract until April 30, 2020.

According to a news release, the board wanted to extend the contract for a longer period of time but deferred to Norrell's wishes to retire in 2020. However, he has accepted an offer to act as a consultant for one year after his retirement until April 30, 2021.

Although the matter was not discussed in detail at the May 22 meeting, township officials released statements the next day.

“We have been so fortunate to have Don Norrell’s experience and character serving as the township president and general manager since 2006,” board of directors Chairperson Gordy Bunch said. “We appreciate his service to this community and the work he has done to guide us through much growth and change. We are very fortunate to have him help us in the transition of leadership of the organization while we transition to a new president and general manager, and potentially to a new city.”

Norrell said in a statement his retirement will allow him to spend more time with his family.

“The time I have spent with The Woodlands Township has been the best years of my career," Norrell said in a statement. "I have truly enjoyed working with an exceptional Board of Directors, a very talented and dedicated group of employees and being able to work in one of the most unique and beautiful communities in the nation."

The president and general manager oversees all departments within the township government as well as serving as director for Visit The Woodlands, the township's nonprofit organization focused on drawing tourism, convention and corporate meetings.

Among the accomplishments during his time as president and general manager, Norrell oversaw the consolidation of services when the various community associations and the Town Center Improvement District became The Woodlands Township in 2010, according to the township news release.

Discussion of the process of recruiting and hiring a new general manager will be on a future board agenda, according to the release.
SHARE THIS STORY