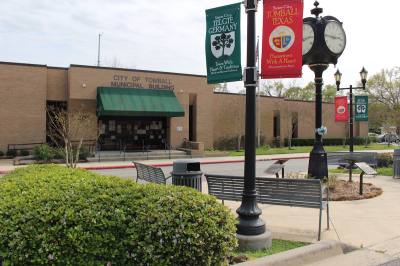 Tomball City Council approved four resolutions regarding the use of eminent domain during a May 20 meeting.

Council members approved four resolutions May 20 authorizing the use of eminent domain for public utility purposes, which allows the city of Tomball to move forward with an $800,000 project to extend water lines down East Hufsmith Road, city officials said. No individuals spoke on the items during the public comment portion of the meeting.

“As part of the process, there is a 20-foot utility easement that’s required to put the utilities into the ground,” City Manager Rob Hauck said during the May 20 meeting. “We’ve been working with landowners and continue to work with landowners, but as this process moves on there is a timeline and schedule as we move forward with the process.”

Eminent domain is the right of a government to take private property within its jurisdiction for public use, as defined by Merriam-Webster.

The resolutions authorize the city to use its power of eminent domain to acquire property for public utility purposes. However, the city will not take ownership of the properties in question; water lines will be installed below ground, Hauck said.

"[Easement] is us utilizing or having the right to put some pipe in the ground where we still don’t own [the property],” he said. “[Property owners] still can have a fence in their yard and those kinds of things."

The city’s resolutions refer to acquiring four parcels ranging in size from 0.06 acres to 0.13 acres, according to meeting information.

Tomball City Attorney Loren Smith said he and other city officials have met repeatedly with the property owners and an attorney for at least three months in hopes of reaching a settlement.

When seeking to acquire property, Smith said the minimum procedure outlined in the Texas Property Code requires the city to provide the property owner an initial offer for the piece of land as well as a copy of the Texas Landowners Bill of Rights. After 30 days, a final offer letter that contains an independent appraisal the city conducted for the property may be sent. The property owners will be compensated per square foot at a price determined by the appraiser, Smith said. The parties must wait 14 days after the final offer letter was sent before filing suit, he said.

“We’ve had many more discussions with these property owners than just that,” he said.

Council members approved the first resolution by a vote of 3-1 with Council Member Derek Townsend voting against. Council Member Chad Degges was absent May 20. However, the remaining resolutions were unanimously approved.

After discussion ensued regarding the city's use of eminent domain, Townsend said he would vote to approve the remaining three resolutions.

“I am firmly a believer that when people own property they own that property, and I don’t think anybody should be able to come in and take that property from them for any other use. I think probably where this differs now that I understand what’s going on is that they’re not taking the property [like other government entities have done],” Townsend said. “I was elected to be the voice of the people of Tomball, and I want to make sure that whatever we do we do it to the best of our ability, not to harm anyone.”

Acquisition of the utility easement will allow the city to continue installing water lines from Zion and Hufsmith roads to Snook Lane, Hauck said.

“It is very important that we recognize landowners’ rights, but it’s also at the same time important for folks to understand that when this council approves an $800,000 water line expansion project that is going to improve our water system across the city, … we also can’t allow ... one landowner just to completely hold us hostage so that we damage or negatively affect everyone else in the community,” Hauck said.

“I feel like it’s in the best interest of not just the city of Tomball but those citizens [who] are affected as well because they’re going to now have water lines in their front yards that we can put hydrants in and other things, so it’s a safety issue as well,” Townsend said.

With the ongoing development of Grand Junction and Timber Trails—two proposed subdivisions on Hufsmith—further delay of the water line project would mean hundreds of homes could not get water, putting an end to the projects, Hauck said.

“We’re not just doing this [eminent domain] because we can,” Council Member John Ford said. “There is a legitimate reason to do it with the project and with the other projects that are waiting on this [water line] to go through.”
SHARE THIS STORY