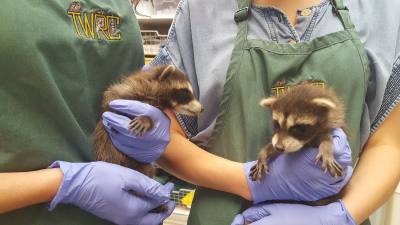 The TWRC Wildlife Center is located on Hammerly Boulevard in Houston.

A 40-year-old Houston nonprofit that rehabilitates injured and orphaned wildlife is looking to relocate to the Cypress, Tomball or Spring Branch area.

“As you can well imagine, this is by far the biggest expense we have,” she said. “For years, we have searched for donated land, a donated building or even a larger space with a smaller payment.”

Conley said she hopes someone who has an unoccupied building in the area would be willing to let the TWRC Wildlife Center move in at a reduced rate.

Not only does the organization need a larger space, but funding going toward lease payments could instead help them offer more services for animals and educational programming in the community—for schools, churches, scout troops, homeschoolers and other nonprofits, she said.

The TWRC Wildlife Center admits about 4,000 animals annually—each being examined and treated as needed. Some animals are injured and others are babies that cannot yet survive on their own.

Animals come from Harris, Montgomery, Waller and other surrounding counties. Conley said as development increases, so does the rate at which animals—such as raccoons, birds, opossums, rabbits and squirrels—lose their habitats.

“Cypress is such a booming area with a lot of building going on, a lot of natural habitats being destroyed [and] animals being displaced,” she said. “We take care of animals that no longer have a place to go.”