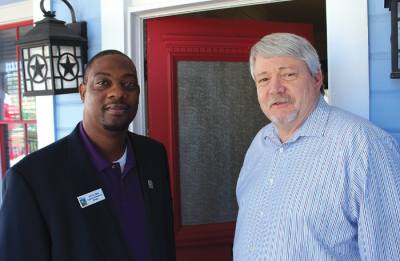 Leander’s Economic Development Director Mark Willis submitted his letter of resignation May 20, according to a statement from the city of Leander. His last day is June 14.

"It is with considerable regret that I am resigning my position as Director of Economic Development for the City of Leander," Willis said in the statement. "The staff and professional leadership of the city are outstanding, and this team is one of the finest I have ever worked with in my 25-year career."

Willis has been the city’s economic development director since 2015. While Willis was in this role, the city negotiated an agreement with Lone Star Tangible Assets to become home to the Texas Bullion Depository. Also during his tenure, the city launched the Old Town incentive grant program and received commitments from St. David’s Hospital to build a 50-acre campus.

The city does not currently have details regarding the search for a new economic development director.

Willis submitted his letter of resignation prior to the May 20 special City Council meeting during which former City Manager Kent Cagle was dismissed from his role, according to the city’s statement.

Leander’s Economic Development Manager Eric Zeno left his role with the city in February to become the economic development director for Lago Vista.
SHARE THIS STORY