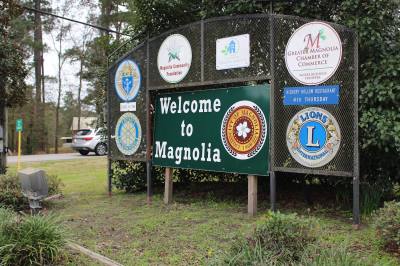 Food trucks are now allowed in some nonresidential areas in the city of Magnolia by conditional use under the Unified Development Code, Magnolia City Council members approved unanimously at a May 14 meeting. A conditional use means the food truck vendor must go through an approval process with the Planning and Zoning Commission and then city council, both with public hearings, said Tana Ross, economic development coordinator and planning technician for the city.

The city has had three inquiries about opening food truck courts in city limits, Ross said during the meeting, which prompted this amendment to the UDC. The UDC was adopted in 2015 to regulate the quality of development within city limits.

"We do have what I would consider a lunchtime desert. We have no places down here on [FM] 1774 south for folks to go get lunch," Ross said. "We're losing that business; it's going to Tomball."

Council's vote approved food trucks by conditional use for the auto-urban commercial zoning district, which permits general commercial uses in areas such as the north, east and west corners of the FM 1774 and FM 1488 intersection; near Arlan's Market along FM 1488; and northwest of David Lane at FM 1774 within city limits, according to the city's zoning map.

Council members also unanimously approved another amendment to the UDC to allow the footprint of detached accessory buildings or structures on a residential property to be not larger than the principal building. Previously, the code mandated that detached accessory buildings or structures could neither cover an area larger than the principal building nor cover more than 25% of the required rear yard or 600 square feet, whichever was less, Ross said during the meeting.

"I don't think we're going to have people putting in half of their backyard, as long as it's barely less than their main dwelling. We think it's going to be somewhat self-regulating," Ross said.
SHARE THIS STORY