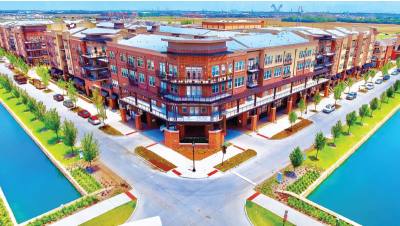 At the May 20 Flower Mound Town Council meeting, members voted to end the senior overlay district ahead of its March 6, 2020, expiration date.

The district was created in March 2017 with the intent to address the demand for affordable, high-quality, independent-living housing options for seniors.

Since the district has been in place, the town has approved NEM Senior Living—the town’s third senior independent-living community—in November 2018 and Watermere at Flower Mound in February 2019.

The overlay district gave incentives to developers that will build multifamily independent-living facilities along FM 2499 from FM 407 to the northern boundary of the Lakeside Business District.

Developers could pitch a project with certain amenities, and as an incentive the town could grant certain park and SMARTGrowth requirement waivers, such as traffic impact analysis and environmental quality. Money saved on these waivers would go toward the amenities.

Council Member Jim Pierson said the overlay needed to be ended early as it did not fulfill its purpose—providing affordable senior options.

"Somewhere in the translation between the council's wise comments and the ordinance creation, we lost that word affordable," he said. "As a result, the projects that did come out of the overlay are anything but [affordable] to the average senior citizen."

Council also heard from several residents who wanted the overlay plan to end early. Reasons varied from concerns about the additional traffic more projects would bring, to there simply being too many senior housing options already available.

Council Member Claudio Forest, who was the only member to vote against ending the district, said when the overlay was put in place it "made sense," and he does not feel like the council should change it "midstream."

"You can't look at the other [senior] projects—the single family, the assisted living—they are not the product that this was designed to address," Forest said. "So the comments that we have thousands of units, that really isn't the case. That's not what this thing was for. To me, I think the sunset is fair. We've asked the development community to come give us this product. Even if this is in place, we still have the option to say no."
SHARE THIS STORY

Construction is underway on the $500 million Lake Ralph Hall project that will eventually provide water to Lewisville, Flower Mound and Highland Village, and other North Texas communities.

The Row House offers cardio-intensive workouts for all body types.

Adam Schiestel was also sworn in to fill the Place 1 council member seat.

The school mascot will be incorporated into concrete murals as part of the Texas Department of Transportation’s expansion project for I-35E at Main Street.

Proceeds from the June 19 event will go to the Loan-A-Life Jacket program with the Grapevine Fire Department.

Parker, R-Flower Mound, also spoke about the COVID-19 budget and Texas bouncing back faster than other states.