Ask the editor: What were firefighters doing at Southern Star Brewing in Conroe on Saturday? 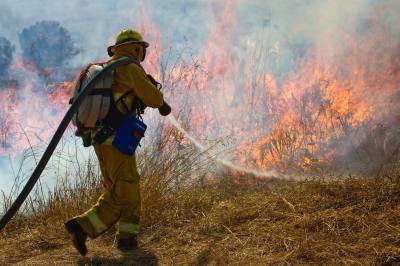 A new beer benefiting the Conroe Professional Firefighters Association is being brewed.

This article has been updated to reflect the Fire up the Bands event is planned to be at Pacific Yard House.

The Conroe Professional Firefighters Association spent May 18 at Southern Star Brewing along Frazier Street in Conroe tasting a new blend—because the nonprofit is partnering with the brewery to create a signature Conroe firefighters beer, according to association President Lloyd Sandefer.

Sandefer said the firefighters founded the nonprofit because community service was such a part of their culture, and they needed a separate organization for programs such as Operation Warm, which donated 300 coats to Conroe children this past winter.

The new beer, named Local 2731 after the firefighter organization, is scheduled to be released to the public at the association’s ninth annual Fire up the Bands event July 6 at Pacific Yard House, featuring musician Roger Creager.

Proceeds from the beer and the music event support the Conroe Professional Firefighters Association.
SHARE THIS STORY