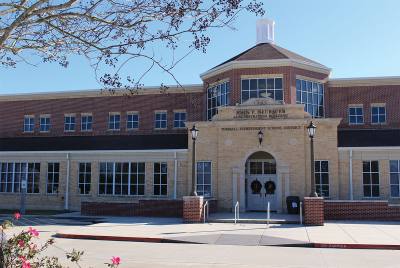 The Tomball ISD board of trustees will vote on its proposed budget for fiscal year 2019-20 during a June 11 meeting.

The Tomball ISD board of trustees is expected to vote on the district’s proposed $141.8 million general fund budget June 11, just two weeks after the close of the regular session in the Texas Legislature.

As a result, the district’s budget for fiscal year 2019-20 is heavily tied to legislative changes regarding school finance, Chief Financial Officer Jim Ross said during a May 13 board workshop. Legislative changes could mandate pay raises for teachers and reduce the allowable maintenance and operations tax rate, among other possible changes, Ross said.

“The primary focus we’ve got right now is what’s going on with school finance [legislation],” Ross said. “We’ve built this budget based on current law. That’s the only option we have.”

Despite the unknown influence of legislative changes, Ross said the board must vote on the budget at its June meeting, as FY 2019-20 begins July 1. The board approved changing TISD’s fiscal year last May from a Sept. 1 start date to a July 1 start date—a one-time change allowed by the Texas Education Code—causing FY 2018-19 to be shortened to 10 months.

“I’m very confident in this budget that it provides for the needs of the district,” Ross said.

The maintenance and operations rate—funding general operations—accounts for $1.04 of the total tax rate while the interest and sinking rate—funding debt payments—accounts for $0.30 of the total tax rate. TISD’s property tax rate has held steady at $1.34 since 2015-16, according to budget documents. Due to legislative unknowns, the district will need to adopt a tax rate at a later time, Ross said.

Ross said the district's current I&S rate is about $0.02 short of meeting the debt payment in FY 2019-20 due to the continued slowdown in tax base growth after Hurricane Harvey hit in August 2017.

“We had anticipated at the time we sold bonds that we would continue to see somewhat of a rise in our tax base. We were running double-digit numbers,” Ross said. "We do have some fund balance that we could use [to cover the deficit] there, but we only have enough to cover one year."

“I do think the growth is coming back,” Ross said. “I think this will correct itself and we’ll make up for it.”

The FY 2019-20 budget accounts for local sources—primarily through property tax revenue—to make up 85.2% of general fund revenue, according to budget documents. Federal aid makes up less than 1% of the budget while state funds account for the remaining 13.8% of the budget.

Although the proposed general fund budget is an $11.8 million increase from the ongoing FY 2018-19, Ross said the two years cannot be compared due to different fiscal year lengths.

This year's budget includes funds for 86 new positions, including 54 teaching positions and 16 paraprofessionals, but a pay increase has not been proposed, Ross said.

“The general pay increase for all employees has not been determined at this time. We’re still watching what’s going on in the Legislature,” he said. “That’s something that will have to be discussed at a later time.”

In FY 2019-20, 68% of TISD’s expenditures are instruction-related with an additional 10.6% marked for student support, Ross said.

“We’re almost at 80% [of the budget] going right to our students, and I’m pretty proud of that,” board member Matt Schiel said during the May 13 workshop.
SHARE THIS STORY