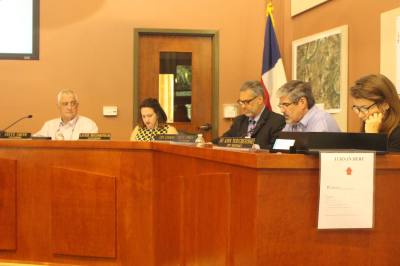 A rate change agreed to May 15 by Lakeway City Council will increase expenditures in the solid waste fund by $0.74 per residence per month based on approximately 6,925 residences, amounting to an overall expense increase of about $25,623 per year.nn

Lakeway officials have agreed to a rate hike on its solid waste disposal services agreement of 4.4% during a special meeting May 15.

The rate adjustment, which will remain fixed for at least a year from July 1, came following a March 8 request from Waste Connections of TX, which the city of Lakeway contracts with for its waste and recycling services. The change takes the base rate per residence per month from $16.87 to $17.61, and city documents state the justification for this increase was due to an unusual change regarding the diminished value of recyclables.

According to city information, the rate change will increase expenditures in the solid waste fund by $0.74 per residence per month based on approximately 6,925 residences. That amounts to an overall expense increase of about $25,623 per year.

City Council Member Louis Mastrangelo said he thoroughly reviewed rate options, and this appeared to be the best way to go.

Mastrangelo said the city needs to continue to educate people on what is happening with recyclables because the city may want to make more adjustments with regard to recycling policies.

Lakeway officials have been working on a new rate agreement with Waste Connections of TX since December 2018, when the company last requested a rate hike in response to a volatile recyclables market.

Waste Connections representative Steve Shannon said at the Dec. 17 Lakeway City Council meeting that in 13 states, recyclables are being thrown in the landfill.

“What’s happened is that the supply right now is much greater than the demand,” Shannon said.
SHARE THIS STORY

Five Below is scheduled to open a new location in the Shops at the Galleria shopping center.

Beyond basic infrastructure, the city could bring an all-abilities play area to West Travis County.

“Overall our average class sizes are very good. They’re certainly in the range of where we would like them to be,” Eanes ISD Deputy Superintendent Jeff Arnett said.