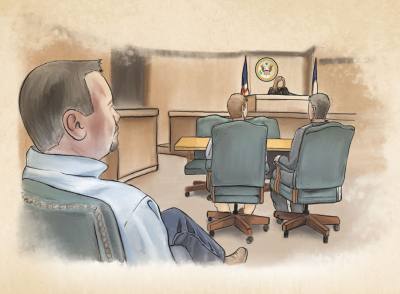 Since Williamson County established its veterans treatment court in 2015, the court has worked to provide a program that helps veterans accused of low-level crimes get back on track through case management and peer-mentoring programs.

Will Gibbons, a veteran of the U.S. Navy and a Round Rock resident, said programs that help veterans are important. Gibbons said for a veteran who has committed a low-level crime, counseling and mentorship provided through the court is a helpful step.

“I do think that some guys get in trouble for little things,” Gibbons said. ”There are a lot of guys that get out and need help adjusting. Some people get a little lost.”

The veterans court is one of four specialty courts Williamson County offers. These courts work to keep low-level offenders from serving time or reoffending.

Increased caseloads in several of Williamson County’s specialty courts have led to the creation of new coordinator positions as well as an entirely new court devoted to adults ages 18-24.

The court addresses mental health and substance-abuse issues by providing resources many veterans may not know are available.

The number of veteran arrests has increased with 600 arrests in 2015, 700 in 2016 and 800 in 2017, but Barker said specialty courts like the veterans court ensure compliance, combat addiction, reduce crime and are cost-effective.

“They were under the impression that nobody cared,” Alfaro said about the program’s participants. “We prove to them that [they] are not forgotten.”

For Kevin Ross, a mentor who served in the Air Force for 27 years and spent an additional five years working at the Pentagon, the mentor program does so much more.

Ross said making the transition from military service to civilian life was one of the most difficult things he has done and motivated him to volunteer as a mentor. The experience of leaving the military after more than three decades of service led to depression and anxiety, which Ross said he still experiences today.

Ross said mentors are not part of the court system but work more as a guide and comfort. He said through sharing his story with his mentees, he can show them they are not alone, adding that the feeling of losing camaraderie built while serving can be very difficult.

“We all make mistakes, and sometimes those mistakes leave marks. But I believe in second chances,” Ross said.