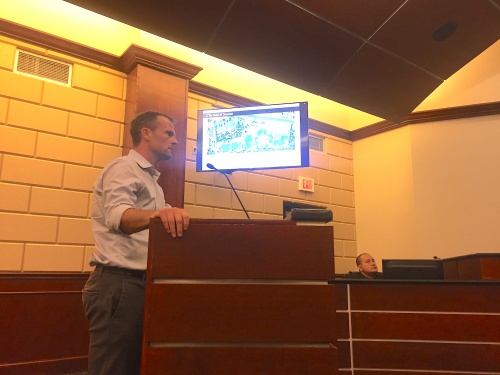 Following a city-authorized test last year to determine the effectiveness of lighting readjustments at the Lake Travis Youth Association's 19.5-acre Field of Dreams, Bee Cave City Council and LTYA leaders have agreed to move in another direction.

Council voted to approve a site plan amendment that paves the way for a new, dark-sky-friendly lighting system at the outdoor sporting facility south of Hwy. 71.

Among other implementations, the new plan will replace all existing light poles and other equipment at the facility at 13909 Hwy. 71 with pole-mounted LED lights in phases over the next 10 years at a cost of about $1.2 million.

Council members expressed reservations prior to their approval of the site plan amendment, including the length of time proposed for the project.

"We have a 10-year time frame because we are a $2 million nonprofit corporation, and a $1 million project is a big deal for us," said LTYA Secretary Brian Chesney, who added he was amenable to finding alternative avenues of fundraising to possibly expedite the completion time.

The proposed system has automated controls that place each field on its own circuit and can be adjusted remotely, and proposed poles would range from 50-80 feet in height, according to city documents.

The plan is the result of a cooperative effort from city staff and LTYA leaders as well as consultation from the International Dark-Sky Association.

The lighting plan comes partially as a result of complaints about light bleed into neighboring communities. Lindsey Oskoui, Bee Cave director of Planning & Development, said there are many benefits to the new lighting system, including greatly diminished light bleed beyond the athletic fields.

There are three proposed phases for the plan, the first of which would replace six mobile, 20-foot poles with eight permanent 70-foot poles with LED fixtures. Phase 1 could see construction begin as soon as May and costs approximately $500,000.