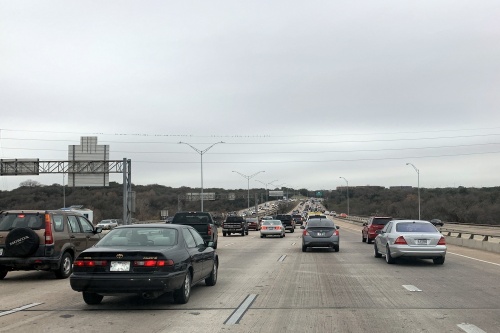 House Bill 1644, currently in committee in the Texas Legislature, authorizes the Texas Department of Transportation to enter into comprehensive development agreements with other entities, including the Central Texas Regional Mobile Authority.

The portion of the bill specific to Rollingwood concerns the Mopac South project from Cesar Chavez Street to Slaughter Lane, for which the Mobility Authority has proposed adding three miles of elevated toll lanes over Lady Bird Lake along Bee Caves Road up to the Capital of Texas Hwy. as part of the Mopac South Environmental Study.

“It is important to continue to advocate for a process that allows Rollingwood officials to collaborate in reaching a preferred alternative with the least negative impacts to our city, parks and surrounding areas and that also promotes congestion relief in the most congested areas, including east and west connections,” Rollingwood Alderperson Wendi Hundley said via email.

Rollingwood’s resolution, which was on the April 17 City Council agenda but passed in the early morning hours of April 18, states toll roads imposed on highways near residential areas can cause motorists to seek alternate free routes, which in this case would result in cut-through traffic in the city’s residential streets, potentially creating high-speed traffic on low-speed roads as well as safety issues and a greater need for road repair and more law enforcement.

Elevated toll bridges would also reduce traffic into Rollingwood businesses by creating a bypass for commuters that would limit ingress and egress into local establishments, the resolution states.

“The City Council of the City of Rollingwood desires to work with CTRMA and TXDOT to develop alternatives to the proposed elevated toll lanes, but a [comprehensive development agreement] would relinquish federal, state and local control and will make it difficult, if not impossible, to get meaningful public input and ensure plans support adopted land use plans and community values,” the resolution states.

On top of supporting an alternate Mobility Authority option consisting of two express lanes without downtown direct connection, Rollingwood’s resolution calls for a seat at the table regarding negotiation of the mobility project that includes analysis, study and discussion of any and all supporting data, including that related to traffic and revenue.

“The City maintains that Federal, State, and local agencies or entities must coordinate to resolve conflicts or mitigate impacts on the City of Rollingwood, its citizens, or businesses,” the resolution states.

Funding for the project in the amount of $16.5 million comes from a $3 billion pot approved by the Texas Transportation Commission through Proposition 12, a state spending initiative passed in 2007 to address congested highways, fix bridges and improve metropolitan connectivity throughout Texas, according to information from TxDOT.

Specifically, $300 million of funding from Proposition 12 is earmarked by a stipulation called Rider 42, which designates spending requirements for right of way acquisitions, feasibility studies, project planning, and the outsourcing of engineering work for the most congested roadway segments in the Dallas-Fort Worth, Houston, San Antonio and Austin areas.

Hundley confirmed April 18 the $16.5 million is designated for engineering for tolled express lanes on South Mopac. She stated city of Rollingwood staff will now disseminate the resolution to appropriate staff and leadership in the Legislature as well as to other interested parties.
SHARE THIS STORY