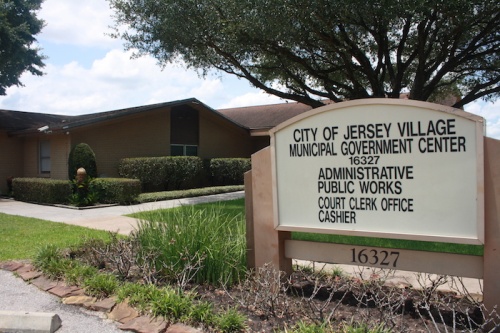 The city of Jersey Village has been awarded $3.3 million grant funding for 18 home elevations within the city.

The city of Jersey Village has been awarded $3.3 million in federal grant money to fund 18 home elevations in flood-prone areas within the city, officials announced March 11.

With the funding secured, Jersey Village City Council is expected to review contractors that could be hired by the city to carry out the elevations at a March 18 council meeting.

The city applied for the grant in fall 2017 as a part of its Long Term Flood Recovery Plan, which was developed and adopted by the city in response to widespread flooding in April 2016. Known as the Tax Day Floods, the storm flooded 238 homes within Jersey Village, spurring city officials to seek solutions.

The elevations were one of several solutions proposed in the plan; others include drainage improvements on several city streets, stormwater conveyance improvements along White Oak Bayou and the construction of a barrier along Jersey Meadow Golf Course that would allow for more stormwater storage.

Bleess said homes recommended for elevations are homes that would still be susceptible to flooding after the other projects are completed. He said the 18 homes represent the first round of elevations, and the city will be submitting grant applications for the next several years, until all homes that have been hit with flooding are removed from the flood plain.

A presentation from the time the city was preparing to submit the application indicates homes on portions of Jersey Drive, Elwood Drive, Acapulco Drive, Juneau Lane and St. Helier Street could be elevated as part of the first round.

"For this first round we took homes that were in a contiguous area so that all of the work is being done in close proximity," Bleess said. "That should help lower mobilization and other costs in the project."

The Federal Emergency Management Agency, which awarded the grant, defines a properly elevated home as one where the living area is at least 18 inches above the base flood elevation.

A total of six contractors have submitted qualifications to the city for review, Bleess said. After the council selects which contractors to approve, individual homeowners will be able to select which ones to work with on their homes.

A meeting between the city's grant administrator, other city staff, the contractors and the homeowners is being planned for April 9, Bleess said.

"After that we will have a better timeline for when the first homes will be elevated," he said. "It could take 12-24 months for all 18 homes to be elevated."

The grant will require the city to contribute roughly $276,000 in matching funds for the elevations, Bleess said.