Lineup announced for 2019 Inspire Film Festival in The Woodlands 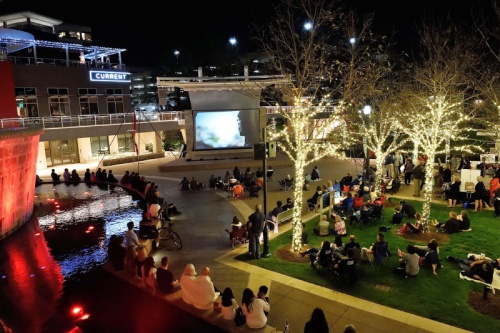 The lineup for the 2019 Inspire Film Festival is set.

More than 20 short and feature-length films are showcased at the returning annual event, announced for a President's Day weekend run from Feb. 14-18 in The Woodlands downtown.

In addition to screenings of the films, which focus on the human spirit and the main theme of game-changers around the world, the festival also includes panel discussions and other events for attendees to attend. Passes for the event are on sale now, and more information can be found at www.inspirefilmfest.com.

Here is the full slate of films scheduled to be shown at Inspire 2019:

Short films
"The Art of Flying"
"Becoming"
"Brother"
"Darryl’s Story—Big Brothers Big Sisters"
"For the Love of Mary"
"Imagination: Tom Wallisch"
"In Perpetual Motion"
"The Long Time"
"Lost in Light"
"Loved By All: The Story of Apa Sherpa"
"A New View of the Moon"
"Pickle"
"Simon Beck—Snow Artist"
"To Scale: The Solar System"
"Why Not Now"
SHARE THIS STORY