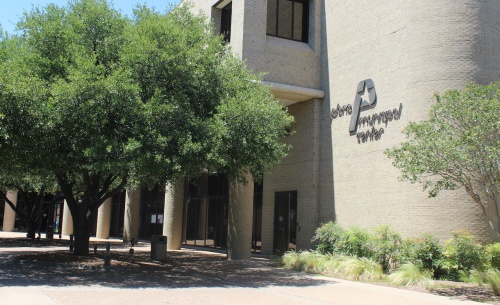 The Plano City Council is considering the city’s senior deputy city manager as a potential candidate to fill the slot being vacated by longtime city manager Bruce Glasscock.

Council members met in closed session Jan. 18 to interview Mark Israelson, who has been with the city for about He is vying for the job now held by Glasscock, who announced Jan. 11 that he will retire after nearly 30 years with the city. The city manager is responsible for the day-to-day operations of the city and serves as its chief administrative and executive officer.

The council may choose to make an appointment for the city manager position during its Jan. 28 regular meeting, city spokesperson Steve Stoler said. Israelson is the only candidate council has interviewed so far.

Israelson began his work with the city of Plano in 1999 and is responsible for the management of various city departments, including parks and recreation, fire and rescue as well as convention and tourism, according to the city website.

Glasscock is expected to officially retire from his position as city manager in April.

“A lot has been accomplished during my career with Plano for which I am honored to have been a part, but the true credit goes to ‘Team Plano’ and the more than 2,000 employees who provide service to our citizens on a daily basis,” Glasscock said in a statement. “I will miss those employees and the tremendous work they do for our community.”
SHARE THIS STORY