Rollingwood to contract with communications firm on as-needed basis 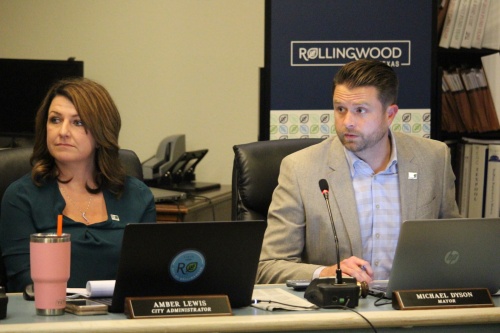 Rollingwood officials on Jan. 16 voted to hire as its communications firm the public relations company Buie & Co., which is the same group the city contracted with to create and roll out its new brand.

The official motion passed Jan. 16 and allows Buie & Co. to provide general communications and outreach services on an as-needed basis pending amendment of the contract to require identification of specific projects and approval by council for those projects.

A proposal from Buie & Co. states the scope of work it will provide for the city will be billed hourly and include communications strategies, message and materials development, media relations both reactive and proactive, stakeholder outreach, issues management and crisis communications.

“Our philosophy with regard to communications is to address issues early and openly, while extending a proactive invitation for public involvement,” the proposal states.

Buie & Co.’s proposal provided hourly billing information that ranged from $145 for work from an account coordinator to $200 for work from a company partner.

One day prior to the Jan. 16 City Council meeting, Buie & Co. officially unveiled Rollingwood's new brand to mark the completion of a project that was nearly a year in the making.

The overall unveiling included new logos, colors and fonts that will be applied to a number of different platforms, including signage, online communications, stationery and clothing.

The final brand package resulted from a comprehensive effort by city officials and the RCDC and was led by Buie & Co., which the city officially hired in August 2018 but had been discussing options with since February 2018.
SHARE THIS STORY