Breaking ground: 20 developments in Round Rock, Pflugerville and Hutto underway in 2019 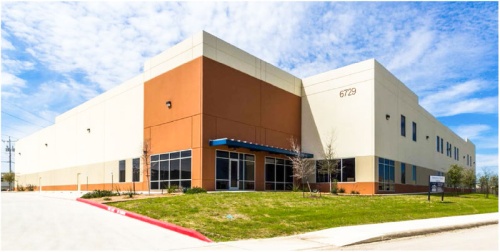 These projects are under construction or are set to break ground in 2019:

1. Kalahari Resort and Convention Center
Construction broke ground May 15 on the 350-acre development, which will include a 1,000-room hotel, 150,000-square-foot convention center and waterpark. The resort is expected to open in 2020.

2. Sauls Ranch
This residential development, located between Hairy Man Road and Creek Bend Boulevard, will include between 80 and 100 single-family homes. The development will be open for pre-sales on Jan. 11 with completed homes expected by the end of 2019, according to Jared Glazer with MileStone Community Builders.

3. Summit II
This development includes approximately 95,000 square feet of Class A office space in a two-story building. Summit II was completed in December with tenants expected to move in January.

5. Mesa Creek
The two-story, 60,000-square-foot Class A office building is expected to be completed in early 2019. Roughly 55,000 square feet of space remains to be leased, according to Alecia Burdick, the building’s leasing agent.

6. Sunrise Villa
This residential development covers 11 acres and includes 78 homes ranging from 1,516 to 2,898 square feet. There are 25 lots awaiting construction, three of which are slated to begin early in 2019.

7. Rock Springs Apartments
A high-density multifamily apartment complex will be constructed on a 2.75-acre piece of land next to the Big Lots shopping center. The development will include 245 units in a five-story building surrounding a  structured parking garage and courtyard.

8. Ruby Hotel
The 39-room boutique hotel is under construction on three acres of property along Brushy Creek. The developers agreed to invest at least $4.5 million and employ at least 35 full-time employees at the hotel. The hotel is on track to open in early 2019.

9. The Depot
The Depot Townhomes will bring 80 townhomes to a 3.7-acre lot in downtown Round Rock. The units will feature 12-foot ceilings and varying floorplans.

11. Cross Creek Subdivision
The Cross Creek development, located on a 167-acre site just east of the Legends of Hutto subdivision, will contain approximately 485 lots of “higher sales price” homes, per Meritage homes, the developers on the project.

12. Packsaddle (FM 1660)
The Packsaddle subdivision development will include 566 total lots of residential, commercial and civic purposes.

14. Pflugerville Parkway Medical & Professional Buildings
Construction on the first of four buildings in this medical office park began in April 2018. Sanova Dermatology, lead developer on the office park, is opening a corporate office and a “medical spa” on the location. The development will feature 65,000 square feet of space.

15. Pecan District
Construction on the Pecan District, a 45-acre mixed-use development, began in October 2018. Developers are working on the development’s first apartment complex, The Elliott, and anticipate the 274-unit building to finish construction sometime in 2020.

17. Heatherwilde 45
Heatherwilde 45 will deliver approximately 350,000 square feet of Class A office space to Pflugerville at the end of its construction. Walls have gone vertical on the first building in the $14 million development.

20. Carmel West
Construction is underway for the Carmel West subdivision just east of Weiss Lane. The first two phases of the subdivision are planned to deliver 282 single-family units. More than 50 lots have been completed as of December.
SHARE THIS STORY