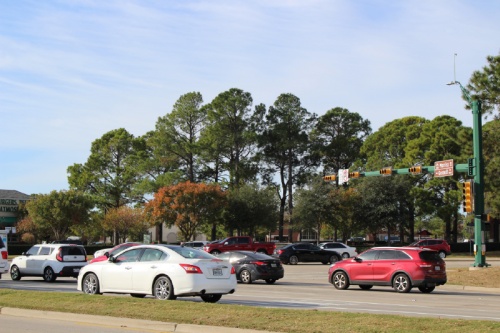 WHAT WE REPORTED:
The need to replace a failing water line under portions of Morriss Road spurred Flower Mound officials to look at possibly widening the roadway from FM 3040 to Garden Road and eventually all the way up to FM 407. The project, which would have widened Morriss from four to six lanes, has been a hot-button issue for residents since it was first mentioned almost a decade ago in 2009. Due to pushback from residents, council members unanimously voted in February to not move forward with widening the road, and in May they removed any language from the town’s master thoroughfare plan related to the road being six lanes. Council also approved several safety improvements to the road in May.

THE LATEST:
CIP Engineering Manager Brian Waltenburg said the Morriss improvements project is scheduled for a March construction award and includes changes to the Morriss and Garden intersection. These improvements will be part of the larger project that includes panel replacement and Americans with Disabilities Act improvements from FM 3040 to Garden as well as water line replacement from Forest Vista Drive to Garden. If council members wish to change the amount of lanes on Morriss in the future, it will take a supermajority vote of at least 4-1.
SHARE THIS STORY