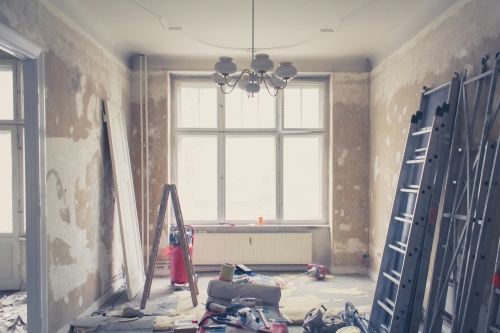 The city's program offers an incentive to homeowners who invest at least $20,000 in their home over the course of 24 months.

Richardson often uses incentives to encourage reinvestment in the local economy­—and its home market is no exception.

A confluence of factors has led to rising home values in Richardson—citywide data from the Collin County Association of Realtors shows a 65 percent surge since 2013. But the city’s unique Home Improvement Incentive Program is a key strategy officials say they employ to ensure the real estate market’s continued vitality.

Earlier this year the city analyzed a half-mile study area in Canyon Creek known as the Fall Creek Zone­ to measure the program’s success.

Just over 100 improvement projects were completed within the zone between 2010 and 2017, according to city documents.

“If one home increases on that street, that one project has a catalytic effect,” Deputy City Manager Don Magner said. “The project has an exponential impact because the homes all around it are now more valuable.”

HISTORY OF THE PROGRAM

The genesis of the program dates back to 2002, when a series of events converged to necessitate  “a fundamental change” in the way the city thought about its neighborhoods, Magner said.

Local demographics were shifting; U.S., state and local economies were experiencing a slump; and the recently developed panhandle of Richardson was underscoring a disparity in property maintenance practices between the city’s newest and older neighborhoods.

“What we started hearing predominantly from folks in the southwest was that we needed a more comprehensive approach to help older neighborhoods be more contemporary and equal to compete with the newer parts of the city,” he said.

City Council challenged staff to level the playing field by expanding basic code enforcement, Magner said. In response to this inequity a proactive system was formed that incentivized residents to improve their homes, thereby increasing the overall value of neighborhoods.

City Council adopted six programs to enhance neighborhoods between 2004 and 2008, Magner said. Newfound strategies took a “carrot-and-stick” approach that would encourage upkeep on the front end rather than react to code violations.

Perhaps the most effective strategy in revitalizing Richardson’s residential market was the Home Improvement Incentive Program launched in 2007.

The program allows for residents to enter into an economic development agreement with the city that awards a one-time rebate equal to 10 times the property taxes incurred as a result of one or several single-family home improvements.

Nearly 1,300 improvement projects were approved by the city at the end of November. On average participating homes see an appraised value increase of $104,000. Since the program’s inception, $4.8 million in incentives has been paid to homeowners.

Only a handful of rules govern the program: The combined improvements must cost a minimum of $20,000; projects must be completed within 24 months of project approval; and the economic development agreement with the city must be reached before construction begins.

Magner said the program had the unintended benefit of sparking not only reinvestment in Richardson neighborhoods but also redevelopment.

Because the incentive payment has no cap, the program is especially rewarding for large-scale projects carried out by real estate developers.

“The rebate we provide sometimes makes up all or a significant part of their profit; that’s consequential enough that they continue to do the reinvestment,” Magner said.

EDGING OUT THE COMPETITION

Homeowners are paid a lump sum rebate at the project’s completion, which maximizes reinvestment.

“The homeowner would report doing things they otherwise wouldn’t do because they were banking on the rebate,” he said.

Additionally, Plano’s rebate ranges from 10 percent to 25 percent based on whether improvements are made to the home’s interior or exterior, and only certain improvements are considered eligible. Council members in Richardson sought to maximize reinvestment by placing no restrictions on eligible improvements.

Julia Koch is a lifelong Richardson resident and owner of renovation company Nest Canyon Creek. On eight separate occasions Koch has used the city’s program for improvements to her own homes as well as investment properties.

“Because I grew up here I’m really passionate about keeping the charm of Richardson,” she said. “I really struggle with seeing homes torn down and bigger homes built that look like they belong in another community.”

Some might criticize the program for its effect on property taxes, but Koch said the return on investment a homeowner sees not only financially but through city-offered amenities makes the added burden easier to carry.

“You get all these amazing services through the city of Richardson that nobody else offers, so don’t you want your house to be worth more?” she said. “For most of us [our homes] are the biggest investment we have next to our 401(k).”

Developing strategies for neighborhood revitalization also led the city to recognize the importance of enhancing and maintaining key features and amenities, Magner said.

One of the ways the city partners with citizens to maintain the aesthetic quality of neighborhoods is through its matching fund beautification program founded in 1972. Over 400 medians and parkways have been professionally landscaped and maintained since its inception.

Individuals or neighborhood associations can propose a neighborhood improvement project to raise property values and enhance the city’s image, Director of the Richardson Parks and Recreation Department Lori Smeby said. If approved the city will cover 50 percent of construction costs.

The department typically receives between four to six requests for grants each year, said Dan Baker, assistant director of the parks and recreation department. The amount funded depends on the number of projects as well as complexity and size but tends to range between $10,000 to $30,000, he said. The current budget allocated $170,000 for beautification grants.

Most recently the department worked with the Berkner Park Neighborhood Association to develop a garden that would encourage an uptick in the monarch butterfly population, Smeby said.

“Neighbors are willing to invest in the look and feel of the city,” Smeby said. “[The program] is a really efficient way to beautify the city, with the city being in for some of it but the neighborhood being involved as well.”

The city also adheres by a standard that all homes should be within a quarter to half mile of a park, Smeby said.

“Any time you have a park in a residential district, it helps to increase home values,” Smeby said. “When a corporation or individual is looking to choose a city, it’s been known that schools and parks are the first thing they look at.”

THE FUTURE OF THE MARKET

Richardson and the Metroplex as a whole have been riding a multiyear high in terms of market values, but according to experts that trend is leveling off.

Jessica McMurtrey, an Ebby Halliday Realtor who specializes in the sale of Richardson homes, said increased federal interest rates, more housing inventory and an inflation of home values at a rate faster than salary level increases are all coming together to cause a market slowdown.

“Buyers are more standoffish because they are having to pay pretty substantial amounts for homes,” she said. “More so now than ever it is so critical that a home is priced appropriately.”

Taking advantage of the Home Improvement Incentive Program can help ensure a home is “market-ready,” which McMurtrey said is a deciding factor in how long a property sits on the market.

“If a home is not in a condition that is perfect, it is sitting on the market,” she said. “Buyers are wanting a home that is closer to done than in need of lots of projects.”