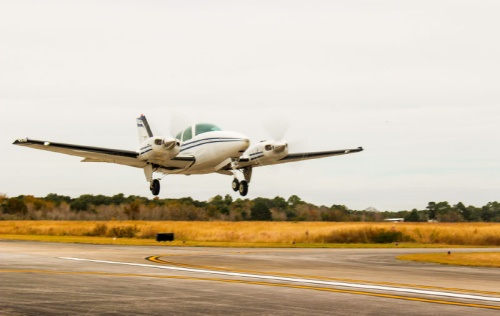 The Pearland Regional Airport has completed $600,000 in Federal Aviation Administration-grant-funded projects for improving safety and security, with a final inspection in mid-November.

“The grant that just wrapped up is just the first step of several developments we hope to have in place here in the near future,” said Stephen Alexander, owner of Texas Aviation Partners, the company managing the airport.

The airport renovations came in under budget with improvements to the striping, signage, entrance gates and power lines. These improvements go a long way to make sure airplanes and cars do not mix, Alexander said.

Now the airport is finishing the planning stages of development from private investors, including new hangars.

In 2019, the airport will hear whether it will receive a grant from the FAA and Texas Department of Transportation for lighting upgrades.

Alexander said he is also hoping to see the expansion of Pearland Parkway, which could be funded by a Houston-Galveston Area Council grant.

“Roadway access is one of the areas we really want to improve for the airport,” Alexander said. “It’s not the easiest place to find if you don’t know where you’re going.”

“The airport provides an option to private air traffic to avoid more congested and more expensive to operate airports in the area, so it’s a definite niche being filled,” he said.

The parkway expansion would pass directly through airport property. It will also widen the two-lane road to four, creating easier access to the airport, Alexander said.

“Having better access via Pearland Parkway would be a complete game-changer for accessibility of the airport and therefore driving future economic development,” Alexander said.

H-GAC will announce its grant funding decisions in March.
SHARE THIS STORY