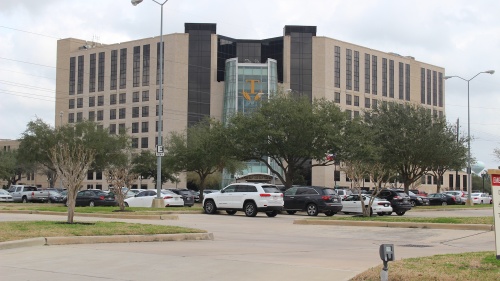 Tomball Regional Medical Center will begin rolling out enhanced women’s care, oncology services and emergency care over the next few months after being acquired by Hospital Corporation of America Houston Healthcare in July 2017, hospital officials said.

TRMC is one of many Houston-area medical facilities acquired by HCA Houston Healthcare in 2017 and 2018.

“The part of being a world-class community hospital is you have to be good at just about everything,” TRMC CEO Eric Evans said. “Being part of an 18-hospital system [within HCA], if I don’t have it here, I can find you a world-class doctor [in HCA’s network].”

Evans, who was appointed as CEO in December 2017, said his focus is on making TRMC a world-class leader in community health care.

“HCA has invested well over $20 million in this hospital in just the last year, so we’re going to continue that investment in this community [and] continue to be a large employer, because that’s what you do in a community,” he said.

Evans, who previously served five years as the chief operating officer of The Woman’s Hospital of Texas in Houston, said new mammography and women’s clinics are on the books for Tomball and Magnolia in 2019.

The hospital’s former outpatient diagnostic center will be renovated into a women’s pavilion, including Solis Mammography, a breast surgeon and another specialty practice, Evans said. Solis Mammography is anticipated to open in spring 2019, while the specialty practices are anticipated to open in late 2019 or early 2020, he said.

“We’re about to invest $3 million in renovating that building,” Evans said. “That’s going to bring in world-class imaging care to this community.”

Evans said a partnership with The Woman’s Hospital of Texas is also in the works, which will bring more services to the area, including a women’s clinic on FM 1488 in Magnolia slated to open in spring 2019 in the former Affinity Medical Associates building. It will offer obstetricians and maternal-fetal medicine, Evans said.

“[We’re bringing] the expertise from The Woman’s Hospital out to the community. We’ll also be doing that here on the Tomball campus,” Evans said.

In addition to improvements to women’s services, Evans said TRMC has partnered with Millennium Physicians to reopen the hospital’s former cancer center in late 2018. The center will provide oncology and radiation services, patient support and survivorship programs close to home for residents.

“We’re going to have a dedicated radiation oncology service on this campus,” Evans said. “The community deserves it.”

Additionally, TRMC is in pursuit of Level III trauma designation and expects to formally receive the recommendation from the American College of Surgeons after a survey of the facility in March, Evans said. TRMC has no existing trauma designation.

“What makes me proud is bringing an enhanced level of service to this community. HCA is committed to bringing a network of trauma hospitals to this city,” he said.

According to the Texas Department of State Health Services, trauma levels in Texas range from Level IV to Level I, the highest level of trauma care. Level III indicates an advanced trauma facility.

“Literally it’s proven every second counts when having a traumatic injury—having [Level III care] at Tomball is good for the community. [Patients] don’t have to travel as far to get the acute care they need,” said Laura Littlejohn Lupton, director of north quadrant strategic communications for HCA Houston Healthcare.

Additionally, the Affinity Emergency Center in Magnolia will be renamed HCA Houston ER 24/7, she said.

“We want to make sure that in the Magnolia area that we’re top of mind, so bringing the freestanding ER, it’s the same level of service that we have here,” Evans said. “We want people to know that we’re committed to that.”

With renovations to patient rooms, technology upgrades and new amenities, Evans said he believes improvements slated throughout the Tomball campus will provide patients a better experience and level of care.

“Health care, like politics, is local,” he said. “[Patients are] going to go wherever they’re going to get the greatest care, but if we can bring that care to them in this community, this is my goal.”