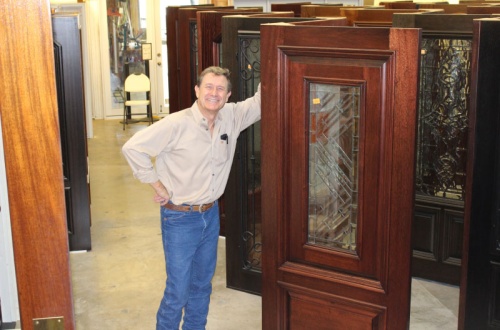 After working in Webster for nearly three decades, Tom Reed of Reed Doors and Windows says the secret to success is customer service and consistency.

Reed opened Reed Doors and Windows in 1990. The business started selling only doors but began offering windows not long after, Reed said.

The business also sells windstorm-rated doors and windows, which are popular for the storm-prone area. After Hurricane Harvey the store saw more business than it could handle, Reed said.

“The biggest challenge has been to contain a growth that is steady and manageable,” Reed said.

Since the business opened companies have started making doors out of newer materials, such as fiberglass. Door technology, especially with locks, has improved as well, Reed said.

However Reed Doors and Windows does not usually add products as soon as they enter the market.

“We don’t typically offer a new product until there has been a little traction with it. In that regard we are typically a little more conservative,” Reed said.

A South Texas native, Reed came to Houston for business opportunities. He worked in home remodeling for 10 years before opening the business.

“Houston has a strong entrepreneurial spirit, as a town goes. It’s a big city with a lot of opportunities,” Reed said. “A lot of people come to Houston not for its climate, not for its natural beauty; they come here for the work environment.”

Customers learn about the business primarily through word of mouth, Reed said. For him the personal satisfaction of knowing he made a customer happy is the best part of the job.

“I’m an entrepreneur, and it’s in my heart to do this,” Reed said. “I can’t think of doing anything else.”