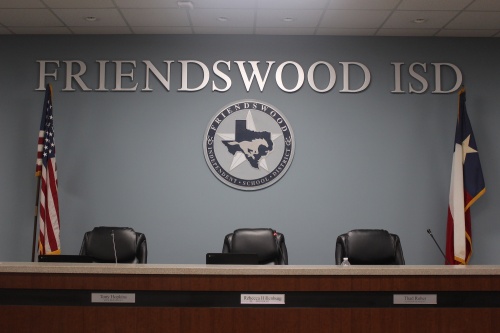 Friendswood ISD school meetings are held once a month.

At the board workshop on Monday, the Friendswood ISD board of trustees voted to cancel the general election for trustee positions 5, 6 and 7.

The positions are currently held by Robert McCabe, Ralph Hobratschk and David Montz. All three candidates were up for re-election but no one filed to run against them.

The district will still hold a special election to fill former trustee Matt Robinson’s term. Dakota Carter and Denise Ruiz, the interim board member replacing Robinson, have filed for the election.

The board also held a community engagement meeting, where the board heard comments from parents and junior high students about what they would like to see Friendswood ISD look like in the future.

The panel was the second opportunity members of the community had to speak with the board about its plans for the future.

According to Superintendent Thad Roher, the district wants to keep in mind the wishes of the community when planning improvements.

The responses from the panel and community, as well as data from a survey and focus groups, will be compiled and integrated into the district's next five-year plan at the November board meeting.