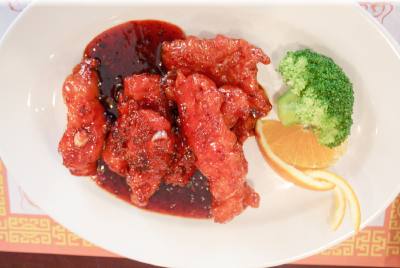 A Cy-Fair Chinese restaurant is looking to get back on its feet and reconnect with customers after Hurricane Harvey caused its temporary closure and eventual relocation.

Jade Garden, owned and operated by the Lu family, opened at its new Grant Road location in May after its Lakewood location took on 5 feet of water during Harvey last August.

The eatery is run by head chef Shuang Lin Lu with his wife, Xiaopin, his son, Andy and his future son-in-law, Ken. Aside from a cashier who was brought in to help with service, Andy said the four family members take on the brunt of the workload, often working 80-hour weeks.

“We all have been putting a lot of work into running this place since we reopened,” he said. “We haven’t had a lot of free time.”

Everything at Jade Garden is made to order, Andy said, and a lot of it is made by hand. New shipments of ingredients come in every two days from local suppliers. Dumplings and all the appetizers are handmade three to four times a week depending on business, he said.

“At most, you are eating something that was made one day ago and cooked right after you ordered it,” Andy said.

Jade Garden cooks its Chinese food in a style seen mainly in southeastern China where Andy said the family is from. He said the focus is on savory and sweet flavors more than spicy flavors.

Andy said the restaurant’s most unique dish is its General Tso’s chicken, which is served with a housemade red sauce that has been passed down to his father through the family lineage. Many of the components that go into the sauce are a family secret, and he said his father has added his own twists.

“We call it General Tso’s so people recognize the name, but it’s actually quite different,” Andy said.

Many of the menu options are also available as lunch specials for $7.49 from 11 a.m.-3 p.m. All lunch specials come with soup, a spring roll, a cheese puff and fried rice.

Although Harvey was a major obstacle for the family, Andy said things are beginning to get back to normal.

“A lot of our customers at the old location got to know me on a personal level, so it makes me happier to see our old customers coming in,” he said.

The start of the school year is just around the corner.

About $5.5 million is designated for city fire and police department compensation in the proposed 2021-22 budget.

Former Cy-Fair ISD athletes will be going for the gold represeting the United States, Lebanon and Nigeria.