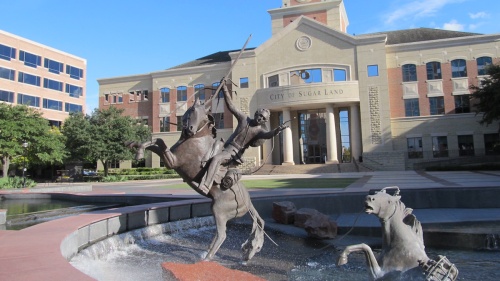 Although city staff recommended the fiscal year 2018-19 budget be funded with a flat tax rate of $0.31726 per $100 valuation—which would support the proposed budget— the council is considering the increase to finish up the final phase of the 2013 voter-approved park bond projects.

The additional cent would support the $10.6 million remaining for project funding for the park bond. Three projects remain in the parks bonds, including the Ditch H Trail, First Colony Trail and Brazos River Park: Mid-Lake.

The Ditch H Trail extends from Imperial Park and the Imperial Connector Trail to the existing First Colony trails and University Boulevard and Brazos River Park trails, according to city documents.

The First Colony Trail would create a connected trail network within First Colony, and the Brazos River Park: Mid-Lake project would result in a lake that would be large enough to accommodate dragon boat competitions and similar events, according to city documents.

Since the proposed rate exceeds the lowest amount of the effective or rollback tax rate, state law requires two public hearings be held by the council before the tax rate is adopted. The hearings will take place Aug. 28 at 5:30 p.m. and Sept. 4 at 6 p.m.

The council cannot take action to adopt the tax rate at either public hearing. The budget and tax rate is set to be voted on during a Sept. 18 meeting at 5:30 p.m.

For more information on the proposed tax rate and budget, click here.