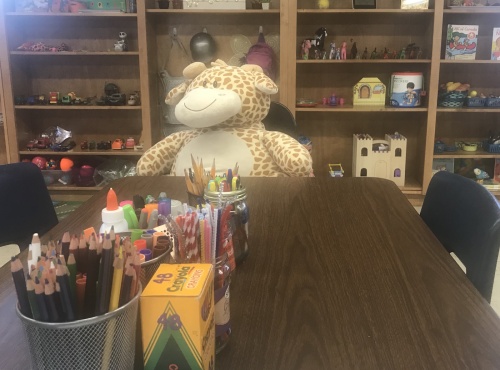 Austin ISD's Blazier Elementary School has two classrooms that are used as a mental health center.

Updated Aug. 27 at 9:41 p.m.: At a board meeting on Aug. 27, district trustees approved with the consent agenda a new interlocal agreement with Integral Care to continue operation of 16 mental health centers across the district. The agreement will run from Oct. 1 of this year to July 31, 2019.

Published Aug. 13: Austin ISD is about $1.7 million short of being able to maintain its mental health centers at the 16 middle and high school campuses that had the services last year, according to a conversation Superintendent Paul Cruz had with the board of trustees at Monday's board workshop.

Integral Care, an Austin-based counseling and mental health service that operates some of the district’s centers, has committed to provide $300,000 for the services this year, Cruz said. AISD has also asked the Central Health board for $420,000 to support the centers, which would be voted on by Central Health by the end of September, he said.

Even with the support of Central Health and Integral Care, funding will be approximately $640,000 short of expected costs.

Plan B would allow all 16 middle school and high school campuses to receive some level of service for the entire 2018-19 school year, she said.

The middle school and high school mental health centers were previously funded through an 1115 Waiver that ended last December. However, the district’s program does not currently meet the measurable federal requirements for the new version of the waiver. In order for the program to qualify, the services would have needed to be restructured prior to February 2018.

In June, AISD approved a new agreement with Seton Family of Hospitals to provide student health services, but funding for the mental health centers was not included, according to board documents.

While not discussed at Monday's workshop, the district has also opened 22 elementary school mental health centers that are funded through a $4.5 million Victims of Crime Act grant was awarded in fall 2017.

For a list of schools with mental health services, visit www.austinisd.org/student-health/mental-health.