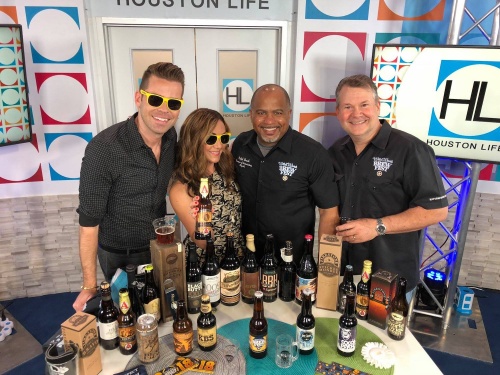 Craft brewers supplied attendees with hundreds of beers to choose from at this year's event.

Wild West Brew Fest was awarded BeerYeti.com’s Top Beer Festival in North America award for the third consecutive year, according to a release. BeerYeti.com is an international website for craft beer enthusiasts.

Wild West Brew Fest, an annual craft beer festival hosted by The Rotary Club of Katy, was held May 4-5 and included 124 different breweries and more than 500 beers, according to the release. Brew Fest chairman David Loesch said he credits the unique origin for the festival and the festival’s attendee-oriented mindset for the festival’s success.

“The key to the award is...that we continue to provide value to the customer in different ways every year,” Loesch said.

Nearly 9,000 people attended the festival this year, and Loesch said the event had been organized differently than in previous years. The event featured six different locations with tents set up for specific types of beers or breweries so beer lovers could find their favorites easily. The event also included live music in each tent. The tents provided a comfortable place for the attendees to relax and enjoy the festival.

Proceeds from the event go to local causes such as Katy Christian Ministries, the Katy ISD Future Farmers of America program and this year’s fireworks show organized by the city’s Keep Katy Beautiful commission.

Loesch said about 460 volunteers put on the event and that efforts to improve the beer festival every year are what sets Wild West Brewfest apart from other festivals across the country.

Wild West Brew Fest organizers host other events to raise money for local causes throughout the year. The next event is their Flights and Bites event on Sept. 28 at Fleming's City Center.