IMPACT ROUNDUP: 7 restaurants and businesses that opened in July in Pearland and Friendswood 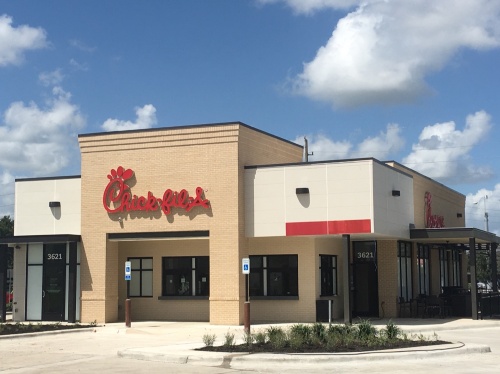 Here are seven restaurants and businesses that opened in Pearland and Friendswood in the month of July.

1. Pearland's fifth Chick-fil-A location, 3621 Business Center Drive, off Southfork Drive and Hwy. 288, opened on July 25. This is a drive-thru-only location with a covered patio with heating and lighting, and a walk-up service window. www.facebook.com/cfapearland/

4. Originally slated for a May opening, Allendale’s Kitchen and Cocktails’ location at 5010 Broadway St., Pearland, opened in July. The owner of the catering service and food truck renovated the old Emma’s restaurant space. 713-299-9188. www.allendaleskitchen.com

7. Lary’s Florist and Designs unveiled its new expanded location July 2 at 315 S. Friendswood Drive, Friendswood. The new building doubles the amount of space and will allow the business to add home decor, gifts and other products. 281-482-7070. www.larysflorist.com