City of Bee Cave audit raises no flags and 2 other takeaways from the Feb. 27 City Council meeting 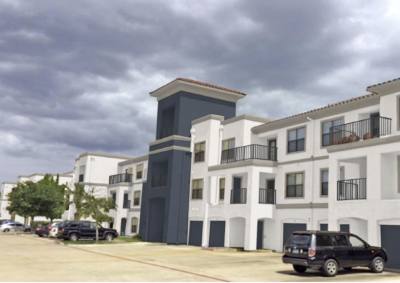 A rendering shows the new paint colors on the Paseo at Bee Cave Apartments, part of a larger renovation plan that includes a dog park.

The annual city of Bee Cave financial audit, the seventh consecutive audit conducted by the firm of Pattillo, Brown and Hill, LLP, found the city's financial health continued as assets exceeded its liabilities during the fiscal year ending Sept. 30, 2017.

"Given the lasting economic impacts on our primary sales tax revenue stream, the city of Bee Cave continues a tradition of exercising a cautious, conservative approach to budget planning and the appropriation for operational revenue and expense," the report's authors concluded. "The Bee Cave City Council, through their comprehensive decisions related to fiscal policy, continues to keep property taxes as low as any in the state of Texas.

As in prior fiscal years, all city departments continue to conduct their specific operations in a lean, efficient manner. It is a testament to our commitment that we continue to do so without adversely impacting the outstanding service provided to public customers."

The city's basic services include police, community services, culture and recreation and general government. Sales tax, franchise taxes and licenses and permit fees finance most of these activities, the report showed.

The majority of expenses fell into categories that include general government (26.2 percent), public safety (28.50 percent) and economic development (18.91 percent).

City Council approved site plan amendments for the Paseo at Bee Cave Apartments, located at 12531 W. Hwy. 71, which include modifications to the existing clubhouse, pool and fitness center, replacing existing sconces across the property, new hardscape and landscape improvements and adding a dog park with a four-foot high fence, city records show.

Property managers will require separate building and fencing permits as well as a permit from the fire service. A motion for the managers to submit a code complaint lighting plan was added.

The complex was completed in 2009 and features 11 multi-family residential buildings. The existing fitness center will be repurposed into a package locker center and adding 1,275 square feet onto the clubhouse, replacing a current balcony area. The building footprint will remain the same, records show.

City Council approved a site plan amendment to the East Village Condos at Spanish Oaks, located at 12651 W. Hwy. 71, immediately behind the Paseo Apartments. Modifications to the community of 71 single-family detached units, include converting the amenity center to an amenity site/private recreation area with a sidewalk, trail and a planned yoga deck overlooking the community's existing water quality pond.

Other additions will  include a 600 square-foot pavilion with a television and fireplace as well as a lighted entry gate to the community, city records showed. Council approved the site plan in September 2016 and construction began in February 2017. The original approved site did not include a construction plan for the amenity center.
SHARE THIS STORY

Developers offer an early look at plans to build housing at reduced rent.