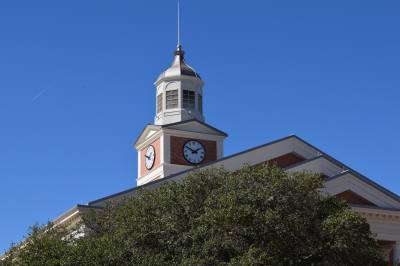 The city council will consider bond electins tonight at Katy City Hall. Other issues up for approval include leave accruals for city staff and a grant application for the city's fire department.

Katy City Council unanimously voted Monday night to place $19 million worth of bond projects on the May 5 ballot for drainage and street improvements. The bond was motivated by recommendations by city staff and engineering company Costello Inc., who conducted a study of the city's infrastructure after the 2016 Tax Day Floods and Tropical Storm Harvey.

Three separate bond proposals will be on the ballot:

Council Member J. Gary Jones said during the meeting that these bonds would help Katy prevent  flooding like that experienced over the last two years. Council Member Ray Boothe agreed and encouraged anyone with concerns about the bonds to talk to city officials.

“I’ll be honest with you, since 1991, I’ve probably voted against every single [bond] issue that’s ever came up, because I’m an anti-government guy,” Boothe said. “I would say that if you want to help us expedite working on some of this water flow, it might be the first bond issue that you might want to vote for.”

The council also approved an application for an Assistance for Firefighters grant application, a rental agreement for new telecommunications equipment, adjustment to the city’s leave policy and the payout of compensatory time in the form of cash for city employees to work on holidays.

The federal Assistance for Firefighters Grant application is worth up to $127,700 and would would pay for new lift systems in city ambulances. Such systems would prevent lifting-related injuries for firefighters and emergency medical services staff.

The council also passed changes to the way Katy handles employees' leave and holiday pay. Accrued vacation hours were capped while $150,000 from the city’s reserve fund was set aside to pay for hours that city employees' holiday work hours—from Oct. 2017 through the remainder of fiscal year 2017-18.

City Administrator Byron Hebert said not having the vacation accrual cap left the city in a poor budgeting and logistical position. As for the holiday pay funds, Hebert said that having comp time instead of the aforementioned funds is a liability to the city.

“What we want to do is, we used to give comp time to employees that were actually working holidays,” Hebert said. “That kind of goes as a liability against the city, so in order to keep down on those liability expenses we want to start paying staff for working holidays.”

A more than $19 million bond package for drainage and street improvements could be on the May ballot after tonight. The body will consider motions for three bond options during its regular meeting, which starts at 6:30 p.m. at City Hall, 901 Avenue C, Katy.

Another $5 million in bond funding will be requested to improve the city’s sewer plant, according to the documents. The city expects it will be able to implement all three projects without raising its tax rate.

Katy officials have said in the past that the city’s growth, which includes the influx of new businesses such as Amazon, are allowing the city to maintain revenues while lowering or maintaining the tax rate for residents.

City Administrator Byron Hebert has also asked that council members adopt updates to the policy governing employee leave. The changes would limit the number of hours city employees can accrue.

Staff who exceed that cap would be encouraged to set aside additional time worked to be used later.

Other agenda items include $150,000 to pay employees for working holidays during 2018, ratification of a federal grant application by the Katy Fire Department for up to $127,700,  and approving a rental agreement for telecommunications equipment totaling more than $157,000.

The new telecom agreement is projected to save Katy more than $39,000 over its four-year span and would increase functionality for the city’s telecom hardware, according to city documents.
SHARE THIS STORY