Reid praises growth of Pearland at State of City address 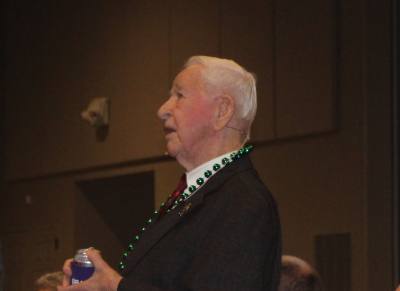 Mayor Tom Reid addressed the city at the Pearland Chamber of Commerce State of the City luncheon.

Mayor Tom Reid's State of the City address at the Pearland Chamber of Commerce luncheon focused on the growth and leadership of the city.

Reid commented on how much the city has grown since 1965, the year he moved to Pearland. Then, the city population hovered around 3,000, Reid said. Pearland's population stood at 113,570 in 2016, according to the United States Census Bureau.

"Doing a budget during Harvey was not an easy thing to do. Both of them came at difficult times. But we managed," Reid said.

The luncheon was held on Feb. 8 at First Church of Pearland, located at 1850 Broadway St., Pearland.
SHARE THIS STORY

Contributions from Houston Restaurant Weeks go towards the Houston Food Bank, while the annual fundraiser also helps to raise revenues for local restaurants.