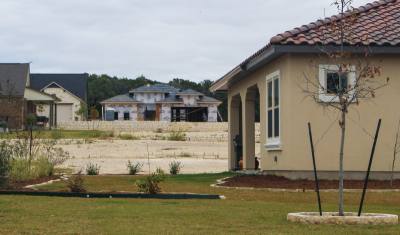 The vote will now happen Feb. 20, with the vote on the second reading happening sometime in March or April, according to City Manager Bert Lumbreras. Council members Scott Gregson and Jane Hughson were absent.

Several people spoke in favor of approving the code, which the city has been working to rewrite for more than four years, while some called for Neighborhood Character Studies to be performed before adoption of the code.

The planning and zoning commission in November recommended removing a type of zoning classification called Neighborhood Districts—neighborhood areas of medium and high density that already have a mix of residential and commercial uses—until after Neighborhood Character Studies were done, but as P&Z Commissioner Jim Garber pointed out during public comment, P&Z's recommendation was not mentioned during Tuesday's meeting.

Mayor John Thomaides said some of P&Z's concerns and recommendations were discussed at prior council work sessions.


The city has proposed performing the Neighborhood Character Studies following the adoption of Code SMTX, because the code will offer tools—or options like expanded building types—for how residents want their neighborhoods to look.

Council members asked for another work session to clarify what Neighborhood Character Studies would look like before voting on second reading.

"We’ve talked about [Neighborhood Character Studies] at length for hours and hours and hours. I don’t want the public to believe we haven’t discussed it all, because we have," Mayor John Thomaides said.

Gillfillan outlined four alternatives to the code during Tuesday's presentation, including one that mandates that a regulating plan—which requires developers to give details on building types, schedule, parkland, the street network and more—be required for all property owners requesting a rezoning within the suite of Neighborhood Districts.

Council Member Melissa Derrick said she wanted to amend the proposed code to say that no property owner could request a zoning change in a district zoned for single-family homes until a Neighborhood Character Study had been performed.

Council Member Lisa Prewitt also offered several amendments, including one that adds a fee in lieu of the acquisition of conservation land, green space or future land acquisition for hike and bike trails. She also asked for clarification on parking requirements.

The approaching adoption of Code SMTX has also sparked a conversation about affordable housing, something council members have been trying to address. A subcommittee made up of Thomaides, Derrick and Prewitt has been meeting to discuss the topic.

At a City Council work session in January, Gillfillan said staff is working on drafting an affordable housing policy that would remove the barriers to smaller housing types.

A good affordable housing policy would include housing subsidies; code incentives in growth areas; rental property management; and options for smaller, "missing-middle" housing types in growth areas and existing neighborhoods, according to Gillfillan.

"[Code SMTX] is not an answer to affordable housing, but it’s a start," Thomaides said.
SHARE THIS STORY