Friendswood Mayor Kevin Holland will not seek another term 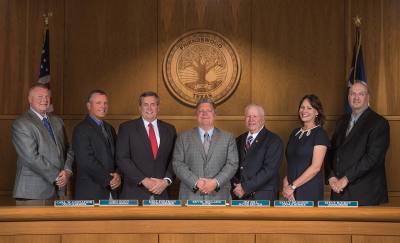 Mayor Kevin Holland announced he will not be seeking a third term at the Friendswood City Council meeting on Monday.

"I've reconsidered, and I need to spend my time with my family," he told the council.

"It has been a great pleasure to serve the residents of the City of Friendswood for nine years on the Planning and Zoning Commission, and then the last six years as mayor," Holland said in a written statement to Community Impact on Tuesday. "The City is in good hands as it transitions to a new mayor and city manager. I’ll continue to be involved, serving the community in whatever way is appropriate.”

Later in the meeting, the council approved an ordinance to hold a special election for council seat No. 4, which is put into contention because Councilmember Mike Foreman has filed to run for mayor.

"We've accomplished great things in the last two years, and I saw an opportunity to keep that trajectory," Foreman said Tuesday. Foreman, a former astronaut, was elected to the council in 2016.

As of Tuesday, Omar Peck has also filed to run for mayor.

The special and general elections will be held May 5. Other city positions on the ballot are council positions 1 and 3.

Jim Hill, the current Position 3 councilmember, is term-limited, having served since 2006.

Foreman will keep his seat on the council until after the May 5 election.

The last day to file a candidacy for the general election is Feb. 16. The special election filing deadline is March 5.
SHARE THIS STORY

Contributions from Houston Restaurant Weeks go towards the Houston Food Bank, while the annual fundraiser also helps to raise revenues for local restaurants.