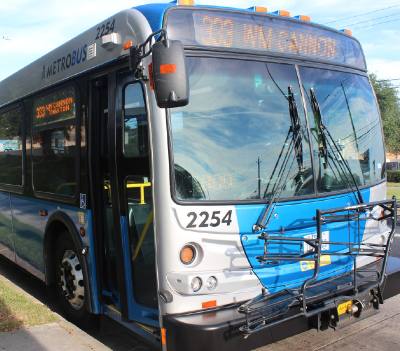 Transportation is the second-highest expense for most Austin households, and Austin leaders have faced the challenge of offering meaningful alternatives to encourage residents to give up their vehicles and explore alternate transit options.

Capital Metro’s board of directors approved the agency’s 10-year service plan called Connections 2025 in November with plans to implement the majority of changes June 3. The most significant proposed change is expanding the network of high-frequency bus routes offering 15-minute service from six routes to 14. In South and Southwest Austin three existing routes will be added to the network, including Route 10, which runs along South First Street; Route 311, which operates along Stassney Lane; and Route 333, which runs along William Cannon Drive. Other changes include eliminating duplicate routes, such as Route 970, which services Oak Hill, and realigning routes, such as Route 5, which currently runs along Ben White Boulevard but will now be replaced by new Route 315.

Agency staffers are preparing to build 114 new bus stations and change signage at about 2,000 of the 2,800 bus stops, said Jenn Golech, manager of service and projects for planning and implementation at Capital Metro. Staffers are also planning to start a public outreach program in April. Employees will head to stations and buses to alert riders of changes.