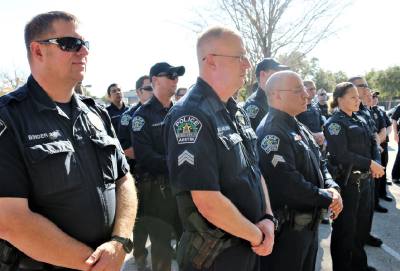 The Austin Police Department is currently operating without a contract.

On Dec. 13 Austin City Council rejected a proposed five-year contract with the Austin Police Department, citing concerns about affordability and accountability. The contract would have cost the city an additional $80 million over five years to provide a 9.5 percent raise to officers, who are already the highest-paid in the state.

When the current contract expired Dec. 29, the APD reverted to the state’s civil service law. Until a new contract is ratified, certain stipends, including for mental health training, and hiring procedures meant to increase diversity will be eliminated. On Jan. 2 Mayor Steve Adler and Mayor Pro Tem Kathie Tovo released a statement urging the city to approve an interim contract with the police union.

A new contract is scheduled to be presented to council by March 22. It may address provisions for more officers, which is of particular concern as Austin’s population continues to grow. It will also allow for input from Spencer Cronk, the newly appointed city manager.