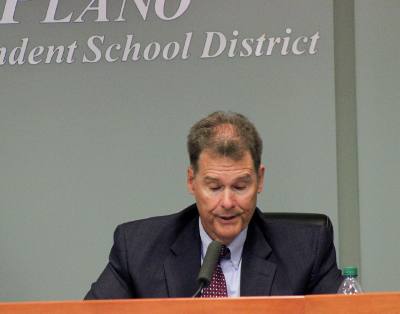 Trustees in December opened an application process to replace Myer. They announced Jeri Chambers as his successor on Jan. 16. Chambers will serve until the May 2019 trustee elections, when Plano ISD voters will determine who will fill the remaining two years of the seat’s term.

The board has not announced a plan to replace the superintendent, a district spokesperson said before this paper’s print deadline. Binggeli and the district have declined to comment on the reasons for his departure—although the resignation agreement does not bar the former superintendent from doing so.
SHARE THIS STORY