Construction on RM 1431 expansion to last throughout 2018 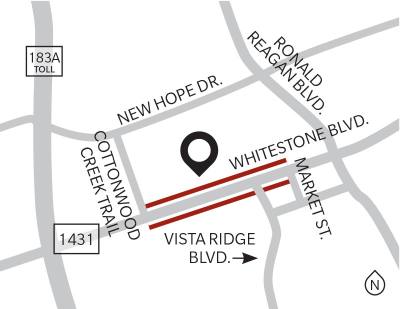 The Texas Department of Transportation is expanding RM 1431 from four to six lanes between Market Street and Cottonwood Creek Trail to match the six-lane East Whitestone Boulevard pass-through project finished by the city of Cedar Park, Williamson County and TxDOT in 2016. The $12,847,145 project began last year, and TxDOT plans construction will last throughout the year.

The study is expected to be complete in January and consider "transit demand, service costs and capital costs" for the city's current transit services.