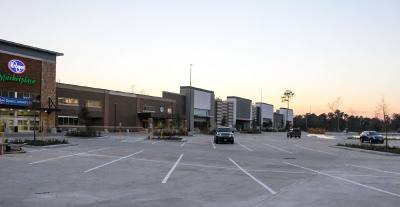 Kroger Marketplace opened a location in August as part of Buffalo Springs Shopping Center on Hwy. 105 in Montgomery. A Burger King and Great Clips also opened at the location in late 2017, and Nails of America, Aveda Salon and Massage Envy are expected to open at the shopping center early 2018.

Conroe and Montgomery residents can expect more commercial development options in 2018 with the premiere of 336 Marketplace in master-planned community Grand Central Park as well as the completed build-out of Buffalo Springs Shopping Center in Montgomery.

The first businesses in 336 Marketplace—a retail center part of the Grand Central Park in Conroe—will debut in early 2018. Kroger Marketplace will open Jan. 26 and will be followed by Ross Dress for Less on March 10, Kroger and Ross officials said.