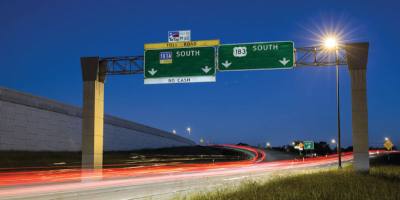 The Central Texas Regional Mobility Authority manages Toll 183A, which runs through Cedar Park and Leander.

What we reported: A proposal to add missing access roads along Toll 183A between RM 1431 and Avery Ranch Boulevard in Cedar Park has been gaining traction. Over the summer State Rep. Tony Dale, R-Cedar Park, filed a bill during the special session of the 85th Texas Legislature that sought to stall work on several planned toll roads in the Austin area until access roads were built. That bill failed to become law, but Dale said his proposal to add those access roads is moving forward.

The latest: Dale said he has had conversations with officials with the city of Cedar Park and the Texas Department of Transportation, which is considering building out the access roads. Cedar Park Mayor Matt Powell said TxDOT recently asked the city to co-sponsor the access roads for the next round of projects with the Central Texas Regional Mobility Authority, which manages Toll 183A.

What’s next: Powell said TxDOT’s co-sponsor request has made it more likely that the project will move forward. Next steps would be to try to add the project to Capital Area Metropolitan Planning Organization's long-range transportation plan so that it would qualify for funding and move forward with a traffic and revenue study.