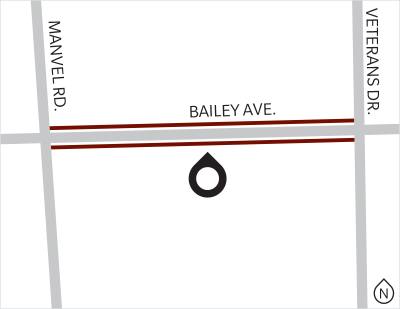 The Bailey Road expansion was completed in 2017.

The city of Pearland widened Bailey Road from two to four lanes and included raised medians along with a 10-foot-wide pedestrian walk and underground drainage. Running from Veterans Drive to FM 1128, the construction cost of the 2.76-mile expansion project was $23.6 million. The city contributed roughly 20 percent of the construction costs while the other 80 percent came from the Houston-Galveston Area Council and the Texas Department of Transportation.