5 stories to follow in 2018: #2. Memorial Hermann and Pearland Medical Center strive toward expansion 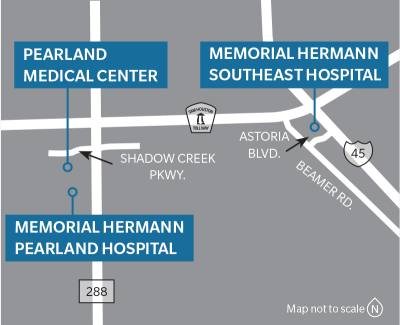 Multiple hospitals in Pearland are planning an expansion of services in several departments in 2018.

What we reported Memorial Hermann Pearland Hospital will expand its pediatric and OB-GYN services in 2018 by recruiting more OB-GYNs, expanding its neonatal intensive care unit and bringing in specialists who offer women lifelong care. Memorial Hermann also plans to increase inpatient care. Pearland Medical Center will expand its pediatric presence in the emergency room by adding a pediatrician to the ER.

The latest Both Memorial Hermann Pearland Hospital and the Pearland Medical Center are striving toward Level 4 trauma designation. Examples of trauma victims include people who have been shot or were seriously injured in a severe car accident. This designation would allow both hospitals to provide initial levels of trauma care to trauma patients before the patients are transferred to a hospital that with a higher designation. The highest level of trauma care is Level 1.  As it stands, the closest trauma care center is Memorial Hermann Southeast Hospital, which has a Level 3 designation. Pearland Medical Center also finished building out its fourth surgery area in December.

What’s next Pearland Medical Center will work on program accreditation for its emergency room, as well as work on starting a pediatrician in the ER. The Pearland Medical Center will also be working on the chest pain accreditation survey, stroke accreditation survey and the designation for EMS services to come to its facility. Memorial Hermann will launch its advanced cardiac surgery program in 2018. This open-heart surgery program will be implemented at Memorial Hermann Southeast Hospital. The hospital will add additional operating rooms, ICU beds, equipment and instrumentation to accommodate the new program.

The 25 women on the commission will develop and propose policy recommendations, identify gaps in information that need further study and advise city leaders on ways to improve the quality of life for women throughout Houston.

Qatar Charity along with the University of Houston-Clear Lake Diplomacy Institute will host a food distribution event.