Tuesday's Zoning and Platting Commission gets canceled, items to be rescheduled 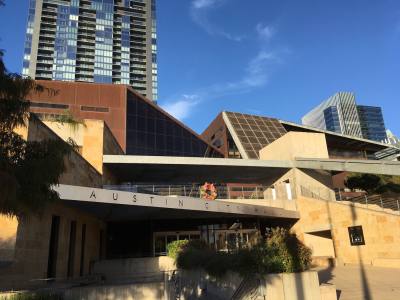 Tuesday night's Zoning and Platting Commission meeting was canceled on Tuesday night following a winter storm. All items will be rescheduled.

Although Austin municipal offices are closed until 6 p.m. due to weather conditions, the Zoning and Platting Commission meeting scheduled for the same time at City Hall has been canceled, according to the commission's chairwoman.

Jolene Kiolbassa, the chairwoman of the Land Use Commission, said the 11 commissioners would not convene on Tuesday night due to icy road conditions. The city of Austin announced Monday night that city facilities would be closed Tuesday and warned all residents to stay off the road due to dangerous road conditions that followed a winter storm.

The Zoning and Platting Commission's 14-case agenda and two presentations—including one from city demographer Ryan Robinson—will be rescheduled. The commission's next meeting is scheduled for Tuesday, Feb. 6.

Tuesday night's postponed agenda included a proposal to rezone a 1.3-acre lot at 9401 W. Slaughter Lane from low-density single-family lot to mixed-use, a proposal the local neighborhood association petitioned against. One case sought to create 54 single-family, landscape and public utility lots on 2.5 acres of Anglin Lane in southwest Austin.

Another case, which Kiolbassa expected to be the most contentious of the night, involved a commercial multifamily project that proposed 67 units at 800 Texas Loop 360. The project is a phase of the previously approved Davenport planned unit development. One part of the proposal was to include a wastewater treatment facility on a single-family lot; it received heavy objection from neighbors.
SHARE THIS STORY